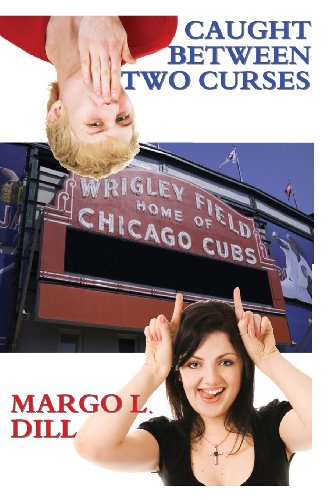 Seventeen-year-old Julie Nigelson is cursed. So is her entire family. And it's not just any-old-regular curse, either-it's strangely connected to the famous "Curse of the Billy Goat" on the Chicago Cubs. Julie must figure out this mystery while her uncle lies in a coma and her entire love life is in ruins: her boyfriend Gus is pressuring her to have sex, while her best friend Matt is growing more attractive to her all the time. Somehow, Julie must figure out how to save her uncle, her family's future, and her own love life-and time is running out!
2 Votes

Caught Between Two Curses, a paranormal romance by Margo L. Dill, follows seventeen-year-old Julie Nigelson, whose world is turned upside down when she learns that her family is cursed. The curse, oddly related to the “Curse of the Billy Goat” on the Chicago Cubs, has plagued her family for decades and has struck again. Her uncle trapped in a mysterious coma, Julie must seek the help of her estranged grandmother in order to break the cryptic curse.

What's this?
Caught Between Two Curses review by McTower

Julie is living a crazy life. Her boyfriend, Gus, is pressuring her to have sex, her uncle is in a mysterious curse-induced coma, and she has to break the curse before her uncle's thirty-fifth birthday. On top of all that, she still has school and her four year-old cousin, Stevie, to deal with. The only people she can trust anymore are her family and her best friend, Matt, after Gus breaks up with her. How can Julie juggle all these problems in her life at once?