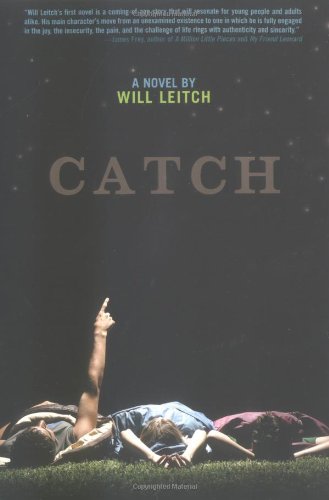 Catch
Will Leitch
Everything comes easy for Tim Temples. He’s got a sweet summer job, lots of love from the ladies, and parties with his high school buddies. Why does he need to go to college?Then Tim falls hard for Helena—a worldly and mysterious twenty-two year-old. Their relationship opens his eyes to life outside the small town of Mattoon, Illinois. Now Tim has to choose: Will he settle for being a small town hero, or will he leave it all behind to follow his dreams?
1 Vote

Tim Temples is a high-school graduate. He has survived the four long gruesome years of hanging out with his posse, drinking, and meeting nearly every girl in their small town of Matoon. Okay, so it wasn't that wretched. Not only that but the Temples family are legend, for playing baseball. Tim's father, Bryan, played in the minor leagues and would have made it to the majors except for injuries. Tim's older brother, Doug, was drafted by the Cardinals, but went to collage instead. Now when Doug comes back from that four year scholarship Tim fears that it has ruined him.