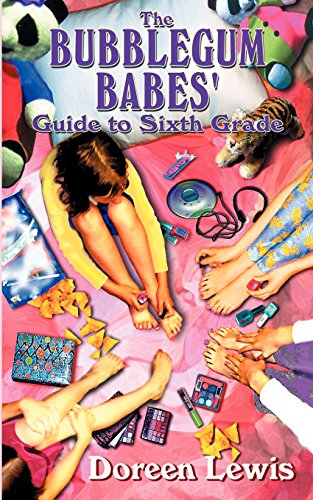 The Bubblegum Babes' Guide to Sixth Grade
Doreen Lewis
Meet the best friends who call themselves The Bubblebum Babes: Emily – the sweet, shy girl, Megan – cool and sassy, Sara - the smart tomboy, and Kelly –all-American girl. The stories of four twelve year old girls’ first year in middle school are told by Kelly, who plays a part in each of the girl’s life struggles -- from boy problems to report card issues, jealousy, and the trouble with parents. The girls share it all at “Bubblegum Babe Meets” -- weekend sleepovers that include eating pizza, girl talk, and much laughing and crying. Sixth grade isn’t easy. But the Bubblegum Babes survive it because, well, very simply – they have each other. The Bubblegum Babes’ Guide to Sixth Grade is the first in a series of books about friendship and growing up. Written in vignette style by Novelist, Doreen Lewis, the Babe characters are inspired by the real lives of Lewis’s children and their friends.
1 Vote

In The Bubblegum Babes' Guide to Sixth Grade, there are four twelve-year-old girls named Meg, Sara, Emily, and Kelly who are best friends and have sleepovers every weekend. The four friends start sixth grade and only see each other during lunchtime. This book tells about how they survive sixth grade together and how they are always there for each other during the best and worst of times. Each of them have different problems which they all help each other get through.