A Brief Chapter in My Impossible Life 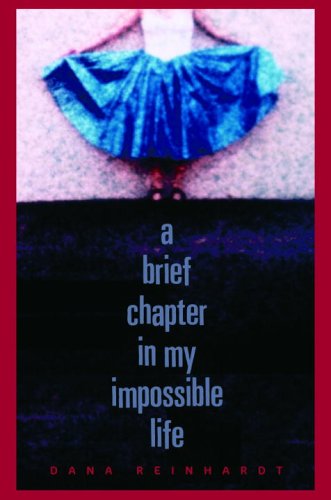 A Brief Chapter in My Impossible Life
Dana Reinhardt
Simone’s starting her junior year in high school. Her mom’s a lawyer for the ACLU, her dad’s a political cartoonist, so she’s grown up standing outside the organic food coop asking people to sign petitions for worthy causes. She’s got a terrific younger brother and amazing friends. And she’s got a secret crush on a really smart and funny guy–who spends all of his time with another girl.Then her birth mother contacts her. Simone’s always known she was adopted, but she never wanted to know anything about it. She’s happy with her family just as it is, thank you. She learns who her birth mother was–a 16-year-old girl named Rivka. Who is Rivka? Why has she contacted Simone? Why now? The answers lead Simone to deeper feelings of anguish and love than she has ever known, and to question everything she once took for granted about faith, life, the afterlife, and what it means to be a daughter.
1 Vote

Simone is a fairly well-adjusted teenager who is about to have her life turned upside down. She has known since she was a little girl that she was adopted, but she has never met her biological parents. She has never considered her adoptive parents anything less than Mom and Dad, and she loves them as much as and as well as her younger brother.