Brian, His Granddad and the Cup of Ages 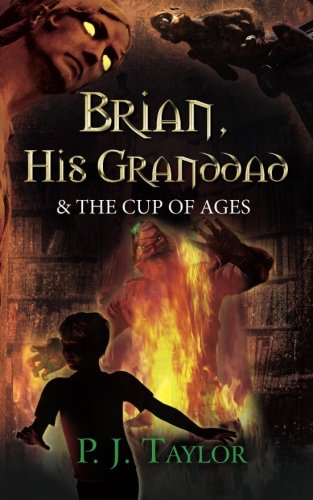 Brian, His Granddad and the Cup of Ages
P.J. Taylor
When eleven-year-old Brian Pankhurst has to stay with his grandparents, he's not exactly enthusiastic. He barely knows them, after all, and they're a little strange. They're stranger than he realises, in fact. Very soon after he arrives at their ancient house, Brian starts to feel that something isn't right. Why has someone sent his granddad a completely blank letter? Why don't people who go in to the local bookshop ever seem to come out again? What does his granddad mean when he says Brian's father wasn't really an accountant? Then Brian wakes in the middle of the night and finds he's going to have to adjust to three things very quickly: magic is real, monsters are real, and he and his family are in terrible danger...
1 Vote

Tweet
Brian, His Granddad and the Cup of Ages review by sschu5

It all started when Brian's mom needed a new job. So that she could go and search for a new job she put Brian in the care of his grandparents. After a while, Brian started noticing wierd things, like the signs were warped and that people were disappearing into bookcases. But, when he tried to tell his grandad about it he would change to a different topic. Then, one night, a creature called a Diefromen came to their house and started burning things because it was made of fire. That's when Sam and Hadley came and went to a bookcase and transported to it.