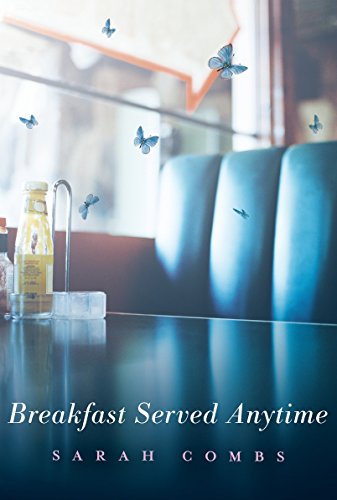 Breakfast Served Anytime
Sarah Combs
A coming-of-age debut evokes the bittersweet joys and pangs of finding independence in one unforgettable summer away at "geek camp." When Gloria sets out to spend the summer before her senior year at a camp for gifted and talented students, she doesn’t know quite what to expect. Fresh from the heartache of losing her grandmother and missing her best friend, Gloria resolves to make the best of her new circumstances. But some things are proving to be more challenging than she expected. Like the series of mysterious clues left by a certain Professor X before he even shows up to teach his class, Secrets of the Written Word. Or the very sweet, but very conservative, roommate whose coal-industry family champions mountaintop removal. Not to mention the obnoxious Mason, who dresses like the Mad Hatter and immediately gets on Gloria’s nerves — but somehow won’t escape her thoughts. Beautifully told by debut author Sarah Combs, this honest and touching story of growing up is imbued with the serene atmosphere of Kentucky’s natural landscape.
2 Votes

Breakfast Served Anytime by Sarah Combs is a story about 17 year old Gloria who has a life changing summer at “Geek Camp”. After a mysterious teacher known as X leaves clues for Gloria and 3 other classmates, she develops a strong bond with them. She soon realizes things about herself she never knew, and gains friendships that will last a lifetime. Read Breakfast Served Anytime to follow Gloria through the summer that will give her a new love, a new perspective and a new life.