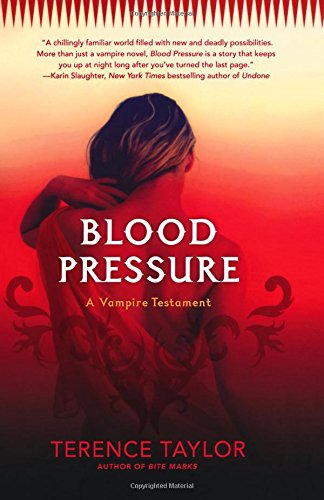 Blood Pressure: A Vampire Testament
Terence Taylor
The secret war between vampires and humans escalates and the world will never be the same again…Christopher Jude Miller – fully grown and still human – has returned to New York to seek answers about his past. It is there he meets Joie, a young woman connected to his past, and falls into a twisted love triangle. He and Joie also realize that the magical forces that made both their lives possible have unexpected side effects, as they discover that united they have abilities neither knew of before - including the power to cure vampires.Created after the incidents that brought in the National Guard to contain the vampire zombie plague on the Lower East Side, Clean Slate Global is a covert ops organization formed to rid the world of vampires, run by ex-deputy mayor Jonathan Richmond. But Richmond unleashes an ancient evil with darker motives. It plots to use Christopher and Joie's power to eliminate all vampires from the Earth…with the exception of its own new and improved indestructible army of the undead.
1 Vote

Blood Pressure by Terence Taylor is a very unique vampire novel. Blood Pressure is about many things, people, species, and unique situations and states of life. One character; Christopher goes to New York to find out answers about his past. While there he meets Joie. One day while visiting Joie, he finds out some of the answers about his past from very unexpected sources.

When Christopher and Joie grow closer, they find themselves in a very unusual love triangle. Throughout the book, you meet several characters that in one way or another link back to Christopher.