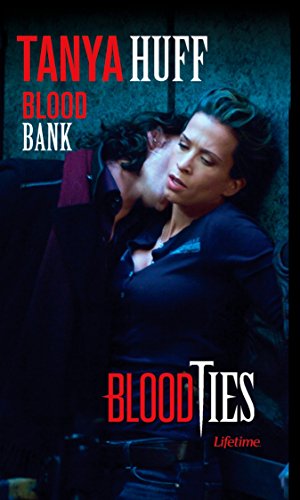 Blood Bank
Tanya Huff
The Blood books center around three main characters: Vicki Nelson, a homicide cop turned private detective, her former partner Mike Celluci, who is still on the force, and vampire Henry Fitzroy, who is the illegitimate son of Henry VIII and makes his living as a writer of bodice rippers. Not only are the three of them caught in a love triangle, but they are, time and again, involved in mysteries with a supernatural slant—from demons, to werewolves, to mummies—and inevitably must join forces to solve crimes and defeat supernatural enemies. Now all of Tanya Huff's short stories about Henry, Vicki, and Mike are being released in this collection entitled Blood Bank. As an added bonus for fans of the TV series, Blood Bank includes the actual screenplay for "Stone Cold," the episode Tanya herself wrote for the Blood Ties series along with a special introduction by Tanya, detailing her own experiences with the show.
1 Vote

Tanya Huff weaves an interesting world full of action, mystery, and a slight bit of adventure. Meet Vicki Nelson, Mike Celluci, and Henry Fitzroy. Vicki, a recently-turned vampire cop who has a streak of bad luck a mile long. Mike is a member of the same police force that Vicki belongs to. Henry is the illegitimate son of Henry the 8th and is a writer of romances. Together, these three are a crime- fighting, evil-doer-catching unstoppable team. Follow the three as they solve crimes and evntually catch murderers.