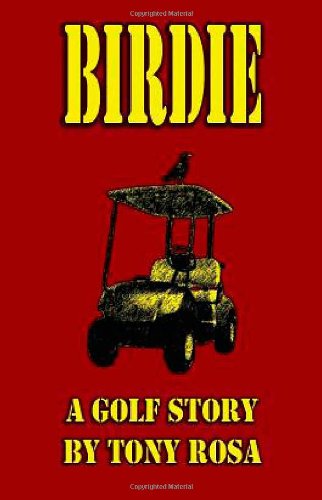 Birdie
Tony Rosa
It's never too late to change your ways; especially when you're young. Troubled teen Mark Crowe has twenty-five weeks to do just that. At that point, he'll turn eighteen and all his problems will go away (so he thinks). But it will take more than just reaching a date on a calendar. Mark carries around a checkered past, has never known a stable home life, and believes all his problems originate from the neighboring golf course. He feels the odds are stacked against him and nobody is willing to give him a chance. A probation officer provides some routine counseling, but Mark is often leery of him and the process. It is at the least-likeliest of places, on the links, working with a most-improbable ally, a visually-impaired golfer, that Mark finds encouragement and catches glimpses of a better path through life.
1 Vote

This book has few characters and is quite a simple book. The main character, Mark, has had trouble with the law and he lives with his Aunt and Uncle. The book starts off a couple of years after his Uncle's death and just as Mark is getting used to seeing a probation officer for previous offenses that are only clarified at the end. Up until this point the book is quite slow paced and very boring as well. Things get started when the probation officer suggests he work as a caddy at the golf course that apparently his offense was committed at.