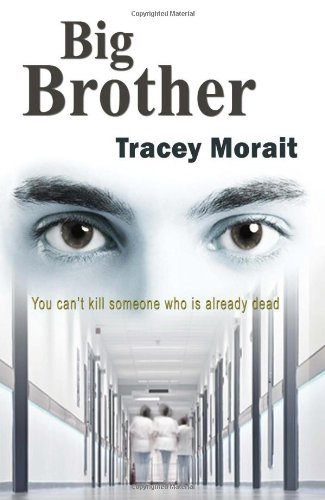 Big Brother
Tracey Morait
When his dad leaves for a job in New York Ash is left to cope with his drug-addicted, alcoholic mother Rhonda, who decides to move away from the life she hates in Bristol to her home town of Liverpool, taking Ash away from his school, his mates, and his gran. Not only does Ash have problems at home with a harassing, demanding mother, he becomes the easy target of a gang of bullies at his new school, the Jessop crew, because he talks with a different accent and wears a hearing aid. Then one day Ash meets the mysterious Big Brother, who wants to help Ash seek revenge on the Jessops, but it seems Big Brother has an agenda of his own. Just why is he so keen to help Ash destroy his enemies, and where did he come from? The pair strike up a partnership Ash is very soon desperate to break; the problem is Big Brother refuses to let him go.
1 Vote

Ash Tennant's life is going nowhere fast; after his dad departs for New York, Ash's abusive, druggie mother, Rhonda, hauls him off to Bristol, away from his friends, school, and grandmother. Soon after enrolling in his new school, Ash becomes the favorite target of Lee and Lucas Jessop, a dynamic duo of beatings and torment. But when Ash signs up for the Facebook-supported game "Avenger," a mysterious spirit dubbed "Big Brother" begins slaughtering his enemies, one by one.