Beyond The Reflection's Edge 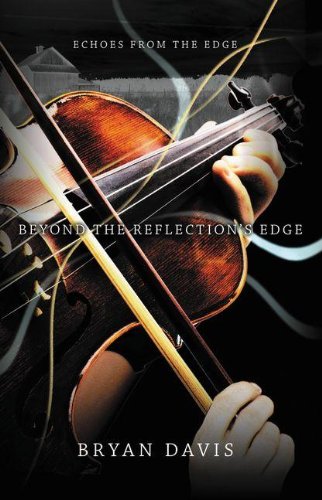 Beyond The Reflection's Edge
Bryan Davis
Sixteen-year-old Nathan Shepherd has a great life traveling where the careers of his father, an investigator, and mother, a renowned violinist, take him ... until his parents are found murdered. Left with only a mirror and notes from his father's last case, Nathan goes into hiding at the remote country home of Tony, his father's college buddy, and Tony's teenage daughter, Kelly. The mysterious mirror must be a clue to what happened to his parents, and when images appear in it---people and things that don't exist---Nathan and Kelly painstakingly gather evidence. But the killers want the mirror too, and danger threatens the teens at every turn. As it becomes evident that Nathan's father had stumbled upon dark forces at work in the world, several questions arise. Could it be that the mirror is a portal to a parallel world? Could this technology be used for evil purposes? And could his parents still be alive, trapped in another dimension? Nathan and Kelly struggle to solve the mystery before they too become victims. This chilling, hair-raising adventure is jam-packed with action in a fantastical world where nothing is as it seems, and even mirrors tell lies.
1 Vote

In Beyond the Reflection's Edge by Bryan Davis, murder starts this fast-paced novel on a path that leads to continual danger, alternate dimensions and the search for truth. Nathan and Kelly are thrust into peril with only a mirror that reflects the future, a mysterious camera and an unpredictable violin to reveal who is the culprit behind the murder. With these confusing objects and notes left by the murdered, Nathan and Kelly must resolve this case. These teenagers are meticulously gathering evidence, but the murderer is also preparing to kill again.