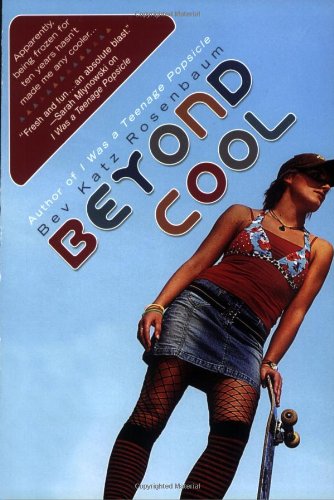 Beyond Cool
Bev Katz Rosenbaum
Still trying to deal with the social ramifications of having been cryogenically frozen for ten years, sixteen-year-old Floe learns that all the "frozen zombies" are showing signs of weak immune systems, and she sets out to find the one scientist most likely to find a cure.
1 Vote

Beyond Cool is the second book about Floe Ryan, a thawed "frozen zombie." That's her term for it, but really Floe was preserved after her death (vitrified, or "frozen,") which happened about this time, and then "thawed" a decade later. Even though it's only ten years, things are a lot different. For one thing, Floe's younger sister, Sunny, is now her older sister! Also, people don't drive anymore--they hoverdrive (something Floe's having a bit of a problem with). Teachers and movie stars are computer-generated.