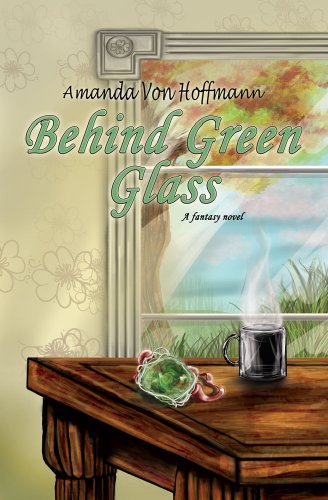 Immortal but imperfect. There are those who have been left out of fairytales. When painfully shy Isolde moves into an old farmhouse in the countryside, she imagines what little social life she has is about to disappear. Instead of solitude, however, she is haunted by a ghostly presence.  A shard of green glass reveals Lyric, one of a band of ethereally beautiful creatures known as The Forgotten Ones. Labeled imperfect for their physical and mental differences, The Forgotten Ones have been cast out of their native realm. Isolde's friendship with Lyric and The Forgotten Ones teaches her that sometimes our "imperfections" can also be our greatest strengths.
2 Votes

When Isolde moves to the small town of Thornville, she is in for a shock. Everybody knows everybody else, and their business. The town is buzzing about the new mother and daughter who moved into the haunted house, but Isolde just thinks of it as an old rumor. Then she gets the biggest shock of all - the old rumor is true. She is suddenly whipped up in a dangerous and mysterious adventure with Lyric and his family. Her new friendship is tested when she must decide if she will help Lyric at the risk of losing herself and her new life.

What's this?
Behind Green Glass review by KFCampbe

When Isolde moves to a new town, she's hoping for a new start; or just to be invisible. What she doesn't know, until a run-in with some of the townspeople, is that the house she moved into is haunted. One day while cleaning, she finds a secret compartment with a green glass inside. Looking through her new find she meets Lyric and his family, and mistakes them for ghosts. Along the way she finds love in her magical friend and a nobody from town, Matt. Can she solve the mystery enveloping her newfound friends?