Because I Am Furniture 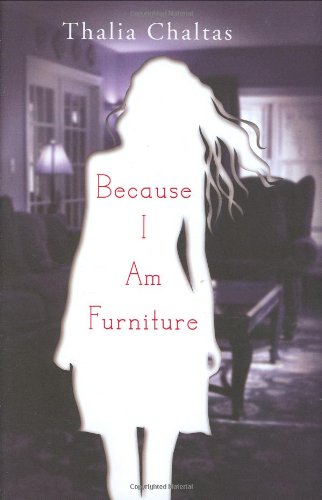 Because I Am Furniture
Thalia Chaltas
Read Thalia Chaltas's posts on the Penguin Blog. Anke’s father is abusive. But not to her. He attacks her brother and sister, but she’s just an invisible witness in a house of horrors, on the brink of disappearing altogether. Until she makes the volleyball team at school. At first just being exhausted after practice feels good, but as Anke becomes part of the team, her confidence builds. When she learns to yell “Mine!” to call a ball, she finds a voice she didn’t know existed. For the first time, Anke is seen and heard. Soon, she’s imagining a day that her voice will be loud enough to rescue everyone at home—including herself.
1 Vote

When 14 year old Anke's brother and sister are abused, she just sits in the background as a witness, like furniture. Her mother can't help them in any way, because she fears her abusive husband would kill everyone. Anke's home life continues to worsen as her brother has near-broken bones and her sister is bruised, while their father cheats on their mother. Anke wants to do something but never gets the chance, because everything she seems to do is wrong. She is filled with terror; everywhere she turns a new dilemma faces her.