The Beast of Noor 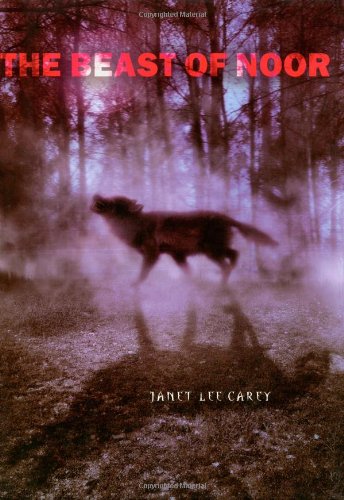 The Beast of Noor
Janet Lee Carey
Do not wander in the deeps where the Shriker's shadow creeps. When he rises from beneath. Beware the sharpness of his teeth. For over 300 years, a monster known as the Shriker has roamed Shalem Wood, terrorizing the villagers who live on its edges and slaughtering those unfortunate enough to wander on to his path. The people of Noor have lived in fear for so long that most of them have forgotten that once upon a time the Shriker was just a loyal dog, until the day when he was cruelly betrayed by his master and cursed to live a bloodthirsty life, always seeking revenge for the fate his owner dealt him. But Miles and Hanna Ferrell have not forgotten where the Shriker came from--how could they? It was their ancestor who betrayed the dog... A tale of terror and magic that channels Sir Arthur Conan Doyle's The Hound of the Baskervilles, The Beast of Noor tells the story of two siblings determined to set their family free and break the curse of the Shriker or die trying.