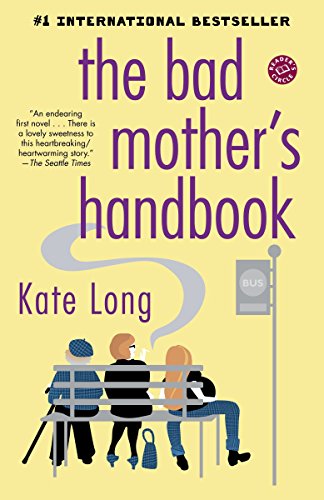 The Bad Mother's Handbook
Kate Long
BAD MOTHER RULE #1: NEVER, EVER, DO WHAT I DID!For seventeen-year-old Charlotte Cooper, it’s too late. Despite her best efforts to finish school, tune out her angry, slightly hysterical mother, and cope with her loving but dotty grandmother, she is unexpectedly (now that’s an understatement) pregnant. And don’t even mention the jerk who knocked her up.Charlotte’s mother, Karen, is trying to convince herself that there are worse things than becoming a grandmother at thirty-three. For instance, there’s wanting to kill Charlotte for the mess she’s made of her life. Between struggling to pay the bills and halfheartedly filling out questionnaires on Internet dating sites, Karen uncovers a scandalous family secret involving her own birth, and then falls back into bed with her sexy ex-husband. So much for perfect timing.In the meantime, Karen’s mother, Nan, is having a wee bit of trouble with names (sometimes her own). But that doesn’t keep her from retaining a few things she’d rather forget. Of course, Nan knows that everything will work out fine for Charlotte and the baby–these things usually do. Now, if only she could put the pieces of her own fragmented memory together, she might have an interesting tale or two to share.In this wickedly funny, disarmingly moving novel, three generations of mothers learn that it’s the simplest mistakes that can change your life forever. With wit and wisdom, Kate Long proves that there are as many kinds of mothers as there are daughters, but the love that binds them all is what truly matters.From the Hardcover edition.
1 Vote

The Bad Mother's Handbook by Kate Long is the story of three generations of women experiencing very different times and how they cope with one another. Charlotte is a struggling seventeen-year- old who finds herself pregnant in the middle of her junior year with the father consciously ignoring the baby's existence. Meanwhile, Karen, Charlotte's mother has problems of her own. Aside from finding the perfect man, and becoming a grandmother when she's only thirty-three, she has just unearthed a huge secret about her past.