Arrival Of The Prince 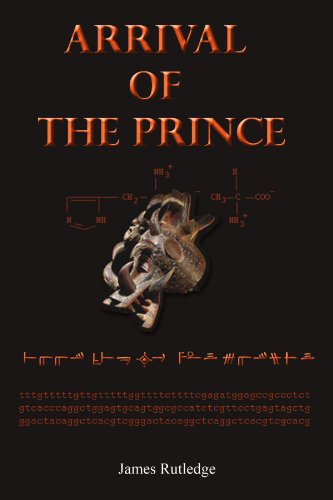 Arrival Of The Prince
James Rutledge
A young language student travels to far western Pakistan to learn how to translate a mysterious language found on twelve ancient stone tablets. The oldest of the tablets dates to thirty thousand years ago. Powerful cosmic events signal to religious leaders around the world that humankind has entered the 'End of Times' as foretold by the Bible's Revelations. The famous epigraphist Doctor Gideon Law announces that he has translated the messages on the stone tablets. According to Doctor Law, the alphabet of the thirty-thousand-year-old language correlates exactly with the organic structure of human DNA. Because Doctor Law's announcement coincides with world-wide fears of the End of Times, the press begins calling the twelve stone tablets the 'End of Times Stones' and clamors for their meanings. In response, Doctor Law presents his findings to the prestigious Council of World Religions. The cryptic messages he reveals though seem meaningless and appear to reference locations in some missing ancient document. Doctor Myla de Naci, a geneticist attending the presentation, recognizes the messages as addresses in human DNA. She and Doctor Law agree to work together to find and translate the messages. They uncover a genetic war that has raged between God and Satan for the last thirty thousand years. Eventually they find that they are no longer scientific observers, but key players in the ongoing battles.
1 Vote

It is September of 2007, and the world is in turmoil. Major religions all agree on one thing: the end of days is fast approaching. What roles do an expert linguist, a geneticist, and a professor of archaeologist play in the heavenly drama? This question and others are answered in a flashback to the summer of 2006. Myla de Naci is searching for the first genetically modern human, an individual that she believes revolutionized the human race almost overnight. Her research leads to her to Dr.