Are You Ready to Hatch an Unusual Chicken? 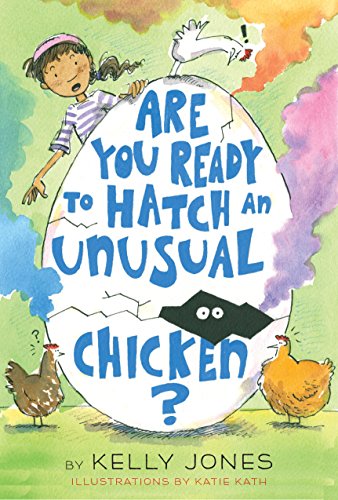 Are You Ready to Hatch an Unusual Chicken?
Katie Kath, Kelly Jones
This laugh-out-loud sequel to Unusual Chickens for the Exceptional Poultry Farmer has EVEN MORE MAGIC CHICKENS!Twelve-year-old Sophie Brown is finally settling into her new home and her new role as keeper of some highly unusual chickens--chickens with secret superpowers! But the arrival of two new magical chickens for her flock and some unusual eggs to be incubated and hatched (what will their superpowers be?), plus an impending inspection from the Unusual Poultry Committee (who even knew this existed?) has Sophie feeling pretty stressed out. Her older cousin, Lupe, is coming to stay with her family, which is great--but will Lupe like chickens too? And on top of it all, Sophie's first day at her new school is rapidly approaching! In this wildly funny and quirky novel told in letters and lists and quizzes, Sophie learns that even an exceptional poultry farmer can use some help.
1 Vote

Tweet
Are You Ready to Hatch an Unusual Chicken? review by acovey

This book is about a 12-year-old girl who has just moved to a farm and is going to a new school. As if trying to make new friends isn’t difficult enough, she is a poultry farmer learning to hatch and take care of some very unusual chickens...chickens with superpowers. Then there's her cousin, Lupe, who will be moving in with Sophie's family. Read the sequel to Unusual Chickens for the Exceptional Poultry Farmer to find out what happens along the way.