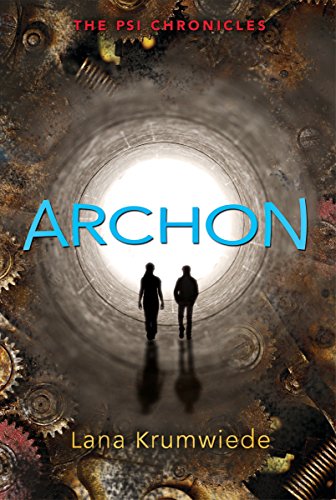 As the powerless and the powerful clash, allies and enemies are not always who they seem to be in this dynamic sequel to the dystopian novel Freakling.Having used his unique connection with the Heart of the Earth to terminate the use of psi, or telekinesis, in the secluded city of Deliverance, twelve-year-old Taemon bears the burden of responsibility for the fate of its people. With society in disarray, his family missing, and tensions looming with the mysterious Republik, Taemon confronts the startling discovery that he alone can still use psi — and that it comes with a price. In an attempt to find his father and prevent war, Taemon and his friend Amma set out on a dangerous journey to the Republik. But what they find there is far from what they expected, and Taemon’s understanding of the world is challenged. Will his psi and his courage be enough to conquer the obstacles standing in the way of peace?
2 Votes

There’s a problem, people lost psi (the super ability to do things). A guy named Taemon, who thought he lost psi like everybody else, realizes he does have it when he is trying to find his mom and dad. When he finds his mom, his dad is not there. He thinks his dad might be in danger based on what his mom says, so he goes where they were told as children not to go to get his dad back. The place is trying to go to is called the Republic, that settlement and David’s city (where he lives) used to be the same thing. But, David, their ancestor, shunned the Republic’s.

What's this?
Archon review by JoeJoe

In the book Archon, Taemon is a bot and the main character. Taemon's mother is in a coma and Taemon's father is missing. Taemon travels to save his father from the Republik (a city across a mountain away from Deliverance) with Amy. Even though Taemon took away psi (the ability to move objects with your mind) from Deliverance, there is still psi in places of the world and the Republik calls these people that possess it "archons". Taemon trains a group of archons that are good with psi, but if he fails he will be thrown in a dungeon.