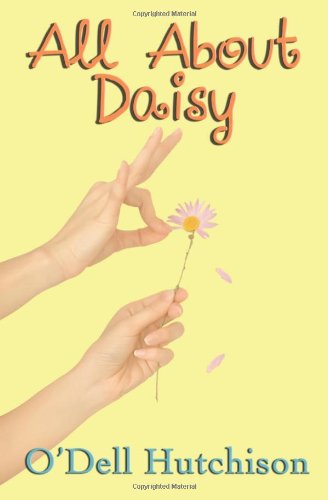 All About Daisy
O'Dell Hutchison
High school is NOT for sissies... Fourteen-year-old Daisy barely made it through middle school. After three years of being constantly taunted and bullied, she’s decided it’s time for a change. It all begins with a list of things she feels she needs: a best friend, popularity, a boyfriend, a first kiss, a spot on the cheerleading squad, and most importantly, boobs. With list in hand, Daisy just knows she will make a huge splash at Glenmark High, and her days of being miserable will be over. The splash she makes isn’t exactly what she was going for, and after a disastrous first day, she is ready to throw in the towel. It only takes a chance meeting with sophomore Russel Bryan, her grade school crush, to change everything. Soon, Daisy finds herself hanging out with the popular girls, preparing to try out for a spot on the cheerleading squad and looking forward to the homecoming dance. Just when things start to look up for her, a betrayal by a new friend shatters everything she had hoped for. With her reputation on the line and the threat of a family secret being revealed, Daisy decides to take things into her own hands. It may not be her destiny to be popular, but she is done being taken advantage of. Part "Are You There, God? It’s Me, Margaret" and part "Mean Girls", "All About Daisy" is a hilarious and touching coming of age story that will have you cheering for the underdog. Visit Daisy's blog at daisyrosebrown.com
1 Vote

High School is a difficult time; this is usually a point in which people find themselves and figure out who they are. With list all ready Daisy plans on how to be popular, with things like; Get a boyfriend, find a BFF, grow boobs, land a spot on the cheerleading squad ect. Throughout the book Daisy goes through twists and turns, high and low points, different things happening throughout the book that leads to Daisy finding out who she is and what she cares about. Daisy's emotions and personality, in one way or another connect to something someone her age can relate to.