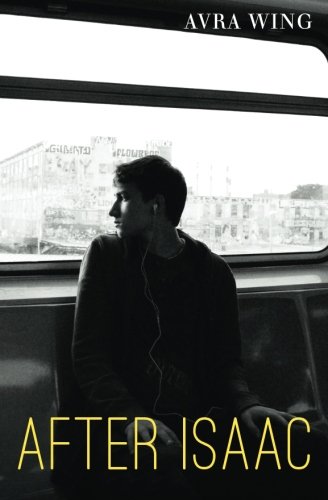 His brother is dead. His parents are making new plans. His only plan is to run away.Aaron Saturn, 14, is an emotional zombie--stuck in grief for his little brother, Isaac, who died. Aaron longs for an escape, and thinks he's found one when he meets Kim, a girl living on the streets of New York City's East Village. But the real upheaval in his life hits when his parents reveal a startling plan to change their family. Aaron needs to learn that running away won't heal him. For that to happen, he must be willing to let love back into his life. Love that will lead him farther away than he ever imagined--all the way to China. In the tradition of The Last Time We Say Goodbye, After Isaac is a deeply affecting novel about death--and life.After Isaac touches on issues of grief in young adults, sibling loss, homeless youth, adoption and China's one-child policy.
2 Votes

After Isaac is about a teenage boy, Aaron Saturn, who lost his brother to a sudden, unexpected heart attack. Aaron lives day by day, struggling to move on after his brother’s death.

What's this?
After Isaac review by piercelg

After Isaac is about a young boy named Aaron Saturn, who lost his brother to a sudden and tragic heart attack. Aaron lives day by day, struggling to move on. Even with the support of the people around him, Aaron struggles in his life.  Aaron learns that nothing can replace his brother Isaac, and many conflicts occur as his parents are trying to move on. To rebound from the constant thought of losing his baby brother, Aaron turns to rebellion and poor decision making. Soon after, Aaron meets Kim, a sweet girl from New York's Upper East Side.