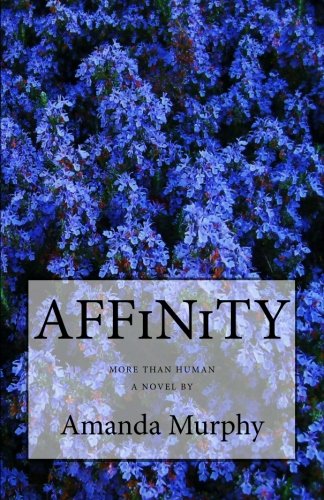 Affinity
Amanda Murphy
“Very slowly, the knives became needles; and then after a while just mere tingles, as my body healed. By sunrise I took a shallow breath and looked around at the blood on the ground. A shaky laugh rattled its way out of me. I was definitely not normal.” When sixteen year old Avi moves to Santa Barbara for her mother’s new job, she is hoping to find a peaceful place to call home. After years of barely scraping by, this is the opportunity her family really deserves. Avi easily makes friends, gets her first job, and finds time to enjoy the scenery. But the boys she meets, though appealing, come at a price. One boy never lets his guard down, so people never know the secrets he keeps. Maybe something is wrong with him, or maybe he is not even human. Because if he was, wouldn't he be dead by now?
1 Vote

Avi just moved to Santa Barbra with her family in hopes of seeking the better life they had long been denied. To her it means a new house, a new school and new faces. She begins to acclimate herself like any normal teenager: making new friends, getting a job and surviving average high school life.  Except the one boy whom she finds herself infatuated with has a dark secret he can’t quite understand himself.