Maud Macrory Powell comes from a family of writers. She was born and raised in Washington, D.C. and studied comparative religion in college and environmental studies in graduate school. Maud and her husband run an organic seed and vegetable farm in the Siskiyou mountains of southwestern Oregon. They grow fruits and vegetables for their local community and raise vegetable and flower seeds that are shipped, sold, and sown all over the country. Maud thinks of her words and stories like the seeds on the farm- she creates fertile ground for them, cultivates and crafts, separates the good from the chaff, then scatters them as far and wide as they will reach.

Her essay “The Fruits of My Labor” was published in the anthology Greenhorns: The Next Generation of American Farmers. City of Grit and Gold is her debut novel.

Joining LitPick for Six Minutes with an Author is Maud Macrory Powell. Her debut novel, City of Grit and Gold, has received LitPick’s Five Star Book Review Award (https://litpick.com/review/city-grit-and-gold-review-moseso). When she is not writing, Maud is busy running an organic seed and vegetable farm with her husband.

I homeschooled my two children and spent many, many hours reading middle-grade historical fiction aloud to them. Eventually, I felt that I understood the genre and wanted to try my own hand at it. I became interested in writing about aspects of history that haven't gotten a lot of attention in middle school curricula, including the American labor movement.

I particularly love Laura Halse Anderson's The Seeds of America trilogy and Kimberly Brubaker Bradley's book Jefferson's Sons as they help middle grade readers grapple with complicated political and social issues through the perspective of young people they can relate to.

I enjoy writing in coffee shops. Carving out mental space in the midst of a din of activity and noise, with ample caffeine on hand, feeds my excitement to create.

Fiction is easier to write than you might expect. I had been intimidated by fiction and was in awe of authors who regularly think up plots, scenes and characters. Starting my first novel was like stepping off a cliff - I had no idea where or when I would land. But I found that my mind was full of ideas and stories and people, and I believe that we all have stories to tell. I find the process of writing fiction to be truly miraculous.

Maud, thanks for stopping by. We are glad you are taking the time to write historical events that haven’t gotten a lot of attention. May your books continue to inspire others to love history. 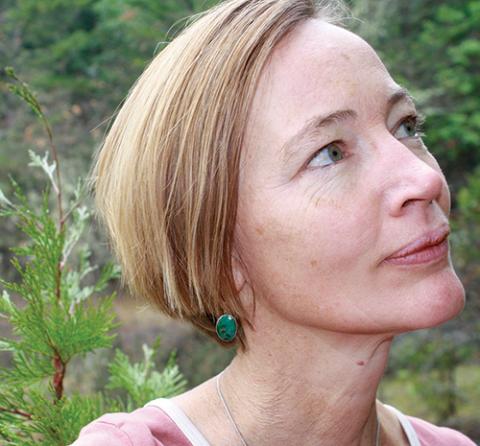