Conservationist and retired medical doctor (pathology), Johnny lives with his wife, Karen, and canine, Opal, in a Nature Conservancy protected old-growth forest and woodland outside of Ruston, Louisiana. Johnny's first novel, Shadowshine: An Animal Adventure, with all the philosophical musings of its quirky yet remarkable characters, is a story of self-discovery and of perseverance, of the battle between good and wickedness, and of strong and lovable players who never give up.

LitPick extends a respectful "hollah!" to Armstrong for sharing intriguing insights about his debut novel, Shadowshine: An Animal Adventure.

Did anything in particular inspire you to write Shadowshine? I began the story over twenty years ago with a fascination with writing about wild animals in some medium, whether in fiction or in rhyme. It seemed to me that there was a bit more mystery with animals in nature as opposed to domestic animals, such as our beloved cat and dog family members. So it was nature that inspired me. The more one learns about nature, the more profoundly fascinating it becomes.

Your book alludes to environmentalism but also human nature. How would you summarily define Shadowshine's philosophical musings in just a few sentences? I love that question. It gets to one of the fundamental causes of what makes humans so overtly destructive to their own home. The forest-folk aim at the heart of the matter: Why would humans do such a thing in the first place? The answer the forest-folk uncover is that humans have an identity crisis in the face of nature—we humans have largely lost our connection to the family of life. How could we forget what we are and allow ourselves to become so disconnected from our own family? We humans are kin to all animals, plants, and microscopic life on Earth through our DNA. We all share many of the same genes. But when we lose sight of that, we become disconnected. That disconnectedness allows humans to place nature at a lower level, which ultimately leads to its abuse.

You live on a nature conservancy, correct? Paint a picture of that setting for our LitPick readers. Yes, it’s true that Karen and Opal and I are fortunate to live within a beautiful setting of forests and woodlands permanently protected by The Nature Conservancy. It’s such a good feeling to wake up in the mornings, go outside, and look around at this outstanding ecosystem surrounding us and not have to worry about it being destroyed someday by human greed.

We live in the northwest part of Louisiana, with a terrain of gentle rolling hills of mixed pine and hardwood forests and woodlands. Much of the upland woodland ecosystem was wiped out over the past 150 years by agriculture of the old days, fire suppression, and logging practices. So I’ve spent the last thirteen years restoring that old upland ecosystem. It’s been very rewarding to see the increase in biodiversity, such as the increase in numbers of species of plants, insects, birds, and others due to restoration. Rescuing biodiversity is what restoration ecology is all about.

Tell us a little bit about your dog, Opal, as well as your relationship with any other animals or pets. Opal Diane is our love. And love is what she’s all about. She gives it profusely. And she seems to equally share it with both Karen and me. She sleeps with us. She goes everywhere with me as my copilot on the front seat of my truck—to the vet’s office to pick up her food, to the bank, to the accountant’s office, to visit the professors and students at the Louisiana Tech University School of Biological Sciences, the bookstore, the rounds on our protected property, Wafer Creek Ranch—everywhere! She’s a local celebrity. We also have a sweet kitten, Clara Eileen, and Opal and Clara get along swimmingly—they’re a blast to watch together.

How do your real-life interactions with pets play out in your writings and in building characters such as Zak, the possum in Shadowshine? Actually, I don’t think there’s much connection of my wife’s and my domestic animal family to Zak and the rest of Shadowshine’s animal characters. The characters of the story arose from my imagination and my interest in the abundance of potential characters in the wild. So my characters all came from nature. But I do genuinely love a good dog, cat, or horse story.

Which animal character in Shadowshine is most reflective of you as a person? I’m not sure if I was really aware of it at the time I began the story, but at least after the story was developed and I could look back over it, it became obvious that Zak, the possum-poet, and I are pretty close to being one and the same. Of course my wife likes to remind me that she knew it from the get-go.

Why did you choose to set your story in the ice age? Shadowshine’s setting is in the transition between the Pleistocene and our present epoch, the Holocene. There were some very interesting possibilities for characters from that time frame—such as Sir Sark, the mastodon, and Lost Track, the dire wolf.

"Shadowshine is set in the period when humans first appeared on earth, but it speaks to the environmental issues of today." —LitPick Student Review 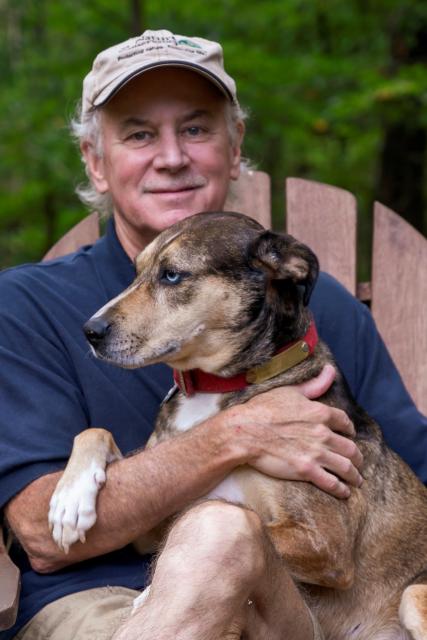