From Amazon.com:
Jacci lives in Reno, Nevada with her husband David and a sweet, big yellow dog. Oh, and one unfriendly cat.

Jacci loves to read and write and spend time with people half her age, feeling generally hopeful about the world.

She enjoys chocolate in all its manifestations.

"I began writing The Birthright Series three years ago. It took me a year to write. I wrote a chapter every Tuesday and after a year, the book was done. Then two years, 16 edits and 50 rejections later, I'm published! Piece of Cake!
I was on a flight to Costa Rica with my husband and I started pondering the idea of what it would be like if people started getting divine gifts but had no context for them. It was a really intriguing idea and I came up with the four main characters there and then. They took over from there and I was just along for the ride."

Joining LitPick today for Six Minutes with An Author is Jacci Turner, author Snapped, which has received the LitPick Top Choice Book Review Award. Find out why one student said this book changed her life (https://litpick.com/review/snapped-review-ampster).

Unlike many writers who say they've been writing since they were kids, I'd have to say I've always been more of a storyteller. When I was five, I started charging the neighborhood kids a nickel to see the plays I'd written. I wish I had some video of that! In high school and college, I was involved in theater. Writing, for me, is a natural extension of the desire to tell good stories!

My best friend Julia influenced me because I was a reluctant reader and she shared "horse" books with me and I got hooked on reading. You have to be a reader to be a writer, so thanks Julia! I like to keep my books short for the reluctant readers out there. Finishing a book is such a good feeling.

When Julia and I would play outside, she always wanted to play "horse," and I always wanted to play "orphanage." This was not because I was an unhappy child, but if you think about it, in books, it's the orphans that have the most compelling stories and adventures! There is Little Orphan Annie, Anne of Green Gables, Pippi Longstocking, Oliver...the list is endless. So the idea of kids having to be on their own and face adversity has always intrigued me. That is probably why I wrote, The Finding Home Series. How do two orphaned sisters have an adventure in a contemporary setting without getting picked up by Social Services. It was a fun challenge.

Well, to read of course, and to write. But, the most helpful thing for me outside of those two things has been to form a tribe of writers around me to make me a better writer. I've joined a couple of writing groups that have been invaluable to me.

If I were rich, I'd say any beautiful location, like a house on the beach or nestled into the woods in a cabin. But, the reality is that I write on Tuesdays in the quiet section of the library. That gets me away from all the things that need doing at my own house, and it's free.

Most of my books tackle social justice issues in some way because that is important to me. The Birthright series touches on things like sex trafficking. The Finding Home Series looks at "what does it mean to be a family?" Cracker is about racism, microagressions, and systemic injustice, and Snapped is about cyber bullying of a sexual nature. I think these are all important issues that we must face with honesty and hope.

Jacci, thanks for joining us, and thank you for writing books about hard-hitting issues. 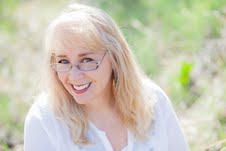