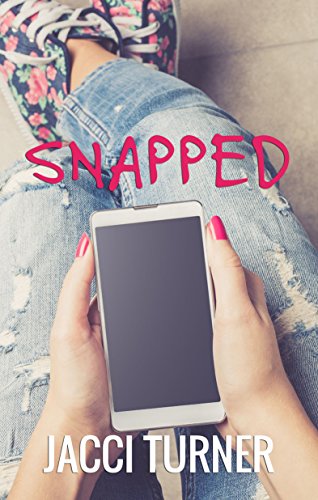 Snapped
by Jacci Turner
Age Range - 12 and up
Genre - Romance 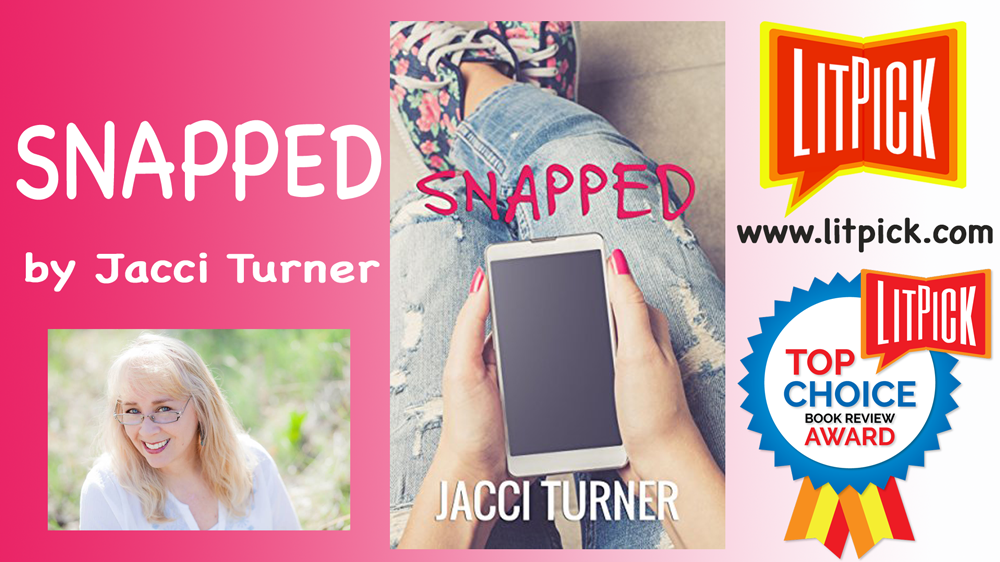 Ari Wren is your stereotypical freshman girl. She hangs out with a small group of friends, is addicted to Snapchat, and crushes on the senior star football player. Then something strange happens. Cade Waters, quarterback for Ari’s high school football team and hottest guy on campus, decides to start snapchatting Ari. Joy bursts out of the freshman as a popular senior guy is finally showing her special attention. Within an instant, Ari starts up a texting romance with Cade. But good looks don’t make a person. As their relationship blooms, Cade asks Ari to send him more and more personal photos of herself. Confused and giddy with the prospect of a true relationship, Ari does what he asks. Until he asks for one picture that makes Ari stop and think. With the help of her friends and family, Ari realizes that beneath all that charm and good looks, Cade is a snake doing everything in his power to corrupt her too. Now, however, Ari is forced to make a life changing choice: stay silent, letting Cade continue to victimize her and other girls, or speak up, sharing her story, no matter what the consequences may be.

Quite honestly, Snapped was a book that changed my life. Before reading it, I wasn’t sure what to expect. Whatever my expectations were, they were blown away. The character of Ari was perfect for playing an imperfect, loveable protagonist. She was a funny, endearing girl you can’t help but root for, no matter what happens. Jacci Turner, the author of this novel, did a phenomenal job portraying Ari as a naive freshman learning about the world for the first time. I also loved the character of Clayton. Characters like him and Trent proved that though more girls are sexually assaulted by guys, there are so many guys out there who are as charming, encouraging, and kind as they seem. Clayton was a perfect example of that. I also liked that Turner gave the statistic showing that all people, no matter the gender, can be victimized too. It is important to realize that this is not okay. These things are not normal, and this novel is a creative, beautiful way of raising awareness about online sexual assault, a very prevalent problem in our society today. This book helped me realize that with more technology, comes greater responsibility.

As I mentioned earlier, this book has changed my life. It opened my eyes to issues that aren’t brought up as much as they should be. Sexting and pornography are more of a problem than we like to admit, and this book showed just how much these kinds of things affect people. I became more aware of the fact that what happened to Ari can happen to anyone. Ari was a good girl. She was innocent and naive, thinking that the guy of her dreams finally paid special attention to her because of who she was. I’m sad to say that not everyone is as good as they may seem. Anyone can be assaulted on the internet because the predator finds it is so much easier to prey on the innocent through a screen than face to face. This can happen to anyone. It could happen to me.

On a lighter note, the highlight of this book, in my opinion, was Ari’s reaction to this abuse. She didn’t shrink away and try to ignore the looks and whispers. She stood up and fought. It takes one brave voice to change thousands of lives. Ari was that voice. Because of her influence, many other brave teenagers were able to step up and share their stories. That is courage. This book showed me that anyone can be a victim, and everyone can rise up and become a champion.

This book is about online sexual assault and the repercussions of it. Thus, there is mature content because of the sexual abuse factor.
KEYWORDS