Dion Summergreene was born in Sydney, New South Wales, in 1980 and was creative from a very young age. He was always drawing and developing his own comic strips (usually based on his pet walking fish). Growing up in the 80s, he was surrounded by endless inspiration and inevitably became engulfed by the waves of pop culture icons that rippled across the globe.

He was very compassionate about animals and would often bring home injured or stray animals whilst also meticulously looking after his ever-growing menagerie of pets. Most weekends you could find Dion either in front of the TV drawing characters from a paused animated movie scene or out climbing trees and exploring in the creek near his home.

After completing school, Dion began his career path by working for an international theme park operator on the Gold Coast as a graphic designer. Growing with the business, Dion moved his way up to the position of Art Director of consumer products, allowing him to create award-winning merchandise utilizing not only some of the world’s most iconic brands such as Warner Bros., DC Comics and Nickelodeon but also creating his own original characters.

Dion is constantly channeling his inner child, and the creative switch is rarely switched off, allowing countless ideas to conjure from every corner of his mind. There was one niggling idea he had about pitching an animated TV series that was set in the Customs department of an airport, focused on a young detector dog and the ever-changing manifest of animals that passed through there.

Combining Dion’s love of animals, adventure and passion for conservation, Buckley’s Unexpected Adventure was brought to life and was written whilst awaiting the arrival of his second child.

Today, Dion resides on the Gold Coast with his wife and two children. When Dion is not writing or designing, he is outdoors and enjoying time with his family, absorbing the new and endless supply of inspiration that now flow from his kids and the world they surround themselves with. 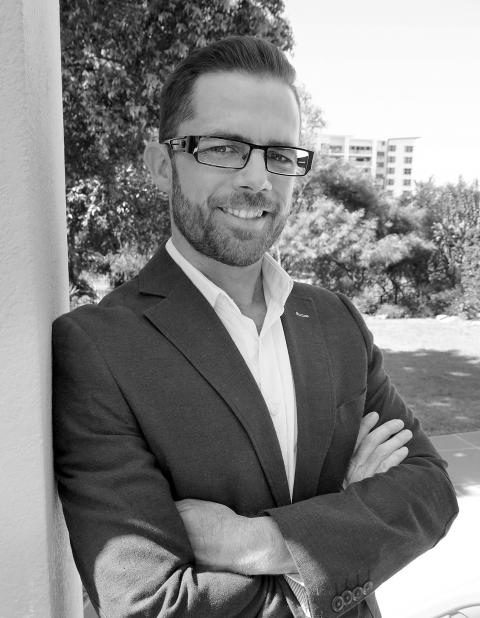