When Deborah was ten years old, she saw the film of "Mary Poppins" for the first time and has been hooked on performing ever since. Now a drama teacher for over thirty years, she has directed more than two hundred plays and musicals with adults and children alike.  Sometimes she is so busy she is directing as many as four productions at once!  Deborah lives in the Rocky Mountains of Colorado with her husband and two quirky cats. She has two grown daughters who are the best of friends and a wonderful step son.  When she isn't teaching, directing, writing or reading she enjoys seeing movies, traveling and laughing.

Author Deborah Baldwin is joining LitPick for an Extra Credit interview. She is the author of Bumbling Bea, and as you’ll read, is multi-talented!

Solid? No. A rough idea of where I am going? Yes. As an actress and director, I am familiar with theatre improvisation--spontaneous dialogue and action. Its use came in handy for me when plotting Bumbling Bea. I'm very comfortable with creative problem solving. I become the characters as I write, and then the story comes fairly easily for me.

Now that the book is published, I can think of one particular girl who reminds me of Beatrice, but at the time of writing I had no one in mind specifically. All of the other characters emerged on their own. They are composites of many personalities.

There are two other activities that help me with block, although mine is less a block than problem solving.  We live in the mountains, and I drive about forty minutes to my teaching job twice a week. About half way down the mountain, my imagination kicks in. Also, I exercise five times a week if I can, and usually during the exercising my imagination will beckon me.

My daughters would say they would want to Iive in Harry Potter's world, but you know, I have never read them. Sorry, J.K.  Perhaps the world of Little Women or Little House on the Prairie are more my taste. Or I'd like to live some science fiction story where I get to fly around in my car and our cats speak English.

I appreciate the film adaptations of To Kill a Mockingbird, The Secret Life of Bees and The Giver. I've directed the play version of The Giver, which is very similar to the novel.  Although they took some liberties in the film version of The Giver, the crux of the story is present and treated respectfully. I'm sure that if Bumbling Bea was turned into a film, certain chapters would be eliminated and probably a few questions I purposely left vague would be answered. Films are a very different medium from books.

I would enjoy conversing with Frederick Backman who penned The Man Called Ove and My Grandmother Asked Me to Tell You She's Sorry. He's a contemporary author, and his plots are marvelous. Of course, I'd love to meet William Shakespeare for obvious reasons.

Wild Card Question: You are the Artistic Director of Presser Performing Arts Center drama camp in Mexico Missouri. How did you get involved in this, and what is your background in theater?

I'm the director of the productions at the Presser Performing Arts Center summer youth camp and have done so for eight years. Presser was looking for a youth theatre director at the same time that I wanted to branch out and work with students in other communities than the one I lived in at the time in Columbia, Missouri. We met, and the rest is history. Last summer, over 100 students were involved in the program. This program is very successful (with out of state students joining us, too) and open to any young person who is interested in performing. So look them up at presserpac.com.

My background in theatre is exhaustive. I have been a drama teacher for thirty-eight years, co-developed a national playwriting contest for youth theatre plays and directed over 250 plays and musicals with adults and children alike. I have BFA in Theater (emphasis in performing), an M.Ed. (emphasis Creative Arts Learning) and licenses to teach in the states of Colorado and Missouri. I have been a professional actress at a regional level, a voice over actress and was a costume designer many years ago. Although I am retiring from public school teaching, I plan to continue instructing about theatre any time or place that I am able.  At present, I am most interested in senior theatre and its benefits to our senior community. See? There's a place for everyone in the arts!

Deborah, thank you for joining LitPick for this Extra Credit interview. It was very interesting to read about your work in the theater and your desire to work in senior theater!

How did you start writing?

I have been a writer since I was a little girl. I'm an early riser and when I was a child, I snuck downstairs to our kitchen table, sat at my place at the table and wrote a story. My father was a radiologist and he would bring home to me the orange paper that was used to separate the x-ray films from each other. I've held on to several of those stories written on that very bright orange paper. I remember one in particular was written about a pig.

To be honest, all writers have influenced me. As an actor and director, I know the value and magic of creating a story. In particular, I appreciate stories with strong character development. I lean toward character development even more than plot, although a really great plot is very exciting to me. There is nothing like it.

When I am reading a book and turn the page to read that the plot has taken a particular twist I didn't expect, I am thrilled! My husband is used to me declaring aloud, "Aha!  Awesome! The plot took off another direction!" I have always admired people who could spin a story.

Two of my favorite books as a child were Charlotte's Web and The Phantom Tollbooth.

I appreciated the creativity of writing a story about a spider that wove words into her web and a Watchdog whose stomach was that of a clock. As an adult, my favorite is To Kill a Mockingbird and recently, The Book Thief.  I'm an impatient reader, though. If a book is just plodding along with a tired, overused plot, I have been known to throw the book across the room in impatience. I won't admit to it, though....

First, take a class to studying writing. You need to learn the basics of a good story.  Practice your craft just as you would any other subject.  You must read all genres of books. Even if you think you want to write science fiction, reading a humorous novel could give you some ideas that you might not have considered had you focused only on sci-fi. Many authors write different kinds of novels. Lastly, believe in yourself. Ignore the voices in your head or anyone that says you can't be a writer. They are projecting themselves into your situation. People may mean well for you, but you are the creator of your story, not them.

I love to write at my kitchen table (maybe that's because it is where I began writing all those years ago?) or sitting on my "perch" near a window with my beloved cat, Spats, glued to my lap. I am fortunate. I can write most anywhere. I like coffee shops, too. The scent of coffee brewing and the sound of the steamer as it froths the milk coupled with my creative juices flowing makes for a heady experience.

Here is the kicker to my personal story--I didn't write a book until I was in my fifties. In fact, I stopped writing when I was a young mother because I had very little personal time to create for myself. It was a question of priorities. As a drama teacher and director, I am inundated with work and spend much of my time creating productions for the public. Sometimes, I am directing as many as four productions at once! I am enriched creatively by my teaching and directing. But, I had always wanted to write a book about Kabuki Theater because I was fascinated that women weren't allowed to portray the roles, even to this day. Then Bumbling Bea stepped forward from my consciousness and demanded to be written. I realized I had other creative outlets needing to be voiced.

Deborah, thank you for spending six minutes with LitPick! We’re so glad you could fit this in between acting, directing and writing! 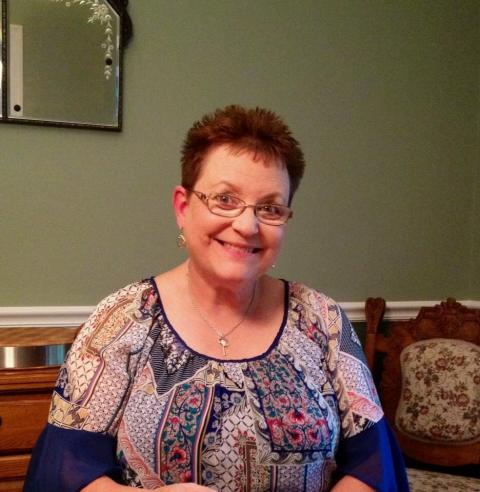