Secrets of the Alchemist 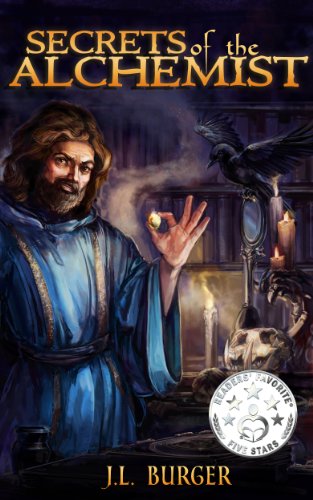 Secrets of the Alchemist
J.L. Burger
What are Nora and Tomik to do? They’ve been transported 400 years back in history, and have no clue how to get back home. The members of the Royal Court refuse to let them leave – everyone believes that the children are wizards, come to save their struggling empire. Well, not quite everyone. The wicked chamberlain wants to toss the children into the castle’s deepest dungeon. The crazed, witch-hunting duke is starting to look at them funny. But worst of all is the emperor’s prized alchemist. He just wants them dead – and has a bag full of sinister tricks to make it happen. It looks like the only way out of this predicament is to save the empire, after all. But how? Nora will have to come up with some magic of her own, and fast – for his next trick, the scheming alchemist is planning to make the children disappear… forever!