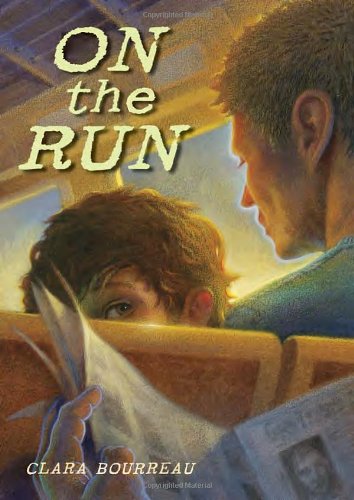 On the Run
Clara Bourreau
A young boy discovers the real whereabouts of his absent father--jail!Anthony hasn't seen his dad in years. The reason: His father is busy traveling the world as a wildlife photographer—at least, according to Anthony's mom and sister. The real reason: His dad has been a fugitive from the law and is now in jail, awaiting trial.When Anthony finally learns the truth, his life changes overnight. He insists on visiting his dad in prison. And once the trial begins, it's the lead story on the local news. Everyone at school starts to taunt Anthony about having a criminal for a father, even his best friend. Then one day, in a shocking turn of events, his dad escapes from the courtroom. Anthony wants to be with him—and when he gets the change, he grabs it. Now father and son are on the run. But how far will they get?