The Flight of Swans 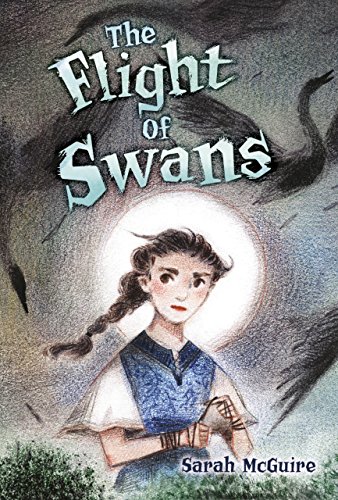 The Flight of Swans
Sarah McGuire
Based on the Brothers Grimm's fairy tale Six Swans, The Flight of Swans follows Ryn's journey to save her family and their kingdom.Princess Andaryn's six older brothers have always been her protectors—until her father takes a new Queen, a frightening, mysterious woman who enchants the men in the royal family. When Ryn's attempt to break the enchantment fails, she makes a bargain: the Queen will spare her brothers' lives if Ryn remains silent for six years.Ryn thinks she freed her brothers, but she never thought the Queen would turn her brothers into swans. And she never thought she'd have to undo the Queen's spell alone, without speaking.
1 Vote

Andaryn is the princess of Lacharra. She has six older brothers and a loving father, who gave her the nickname Ryn. Everything suddenly changes when her father brings home a new wife, and the castle starts acting a little strange. Ryn is able to figure out the new "queen" put an enchantment on her father and brothers, so they only wish to serve her. After Ryn's attempt to stop the queen fails, she is forced to make a deal. For six years, Ryn must stay silent and her brothers will be let free.