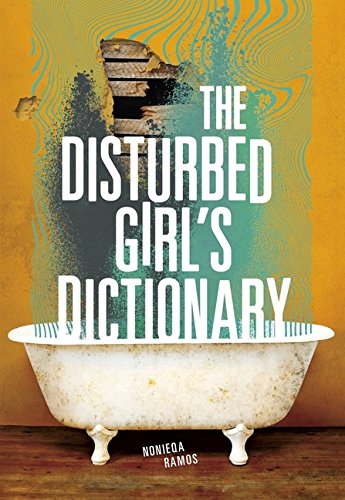 The Disturbed Girl's Dictionary
Nonieqa Ramos
Macy's school officially classifies her as "disturbed," but Macy isn't interested in how others define her. She's got more pressing problems: her mom can't move off the couch, her dad's in prison, her brother's been kidnapped by Child Protective Services, and now her best friend isn't speaking to her. Writing in a dictionary format, Macy explains the world in her own termscomplete with gritty characters and outrageous endeavors. With an honesty that's both hilarious and fearsome, slowly Macy reveals why she acts out, why she can't tell her incarcerated father that her mom's cheating on him, and why her best friend needs protection . . . the kind of protection that involves Macy's machete.
1 Vote

Macy has been defined as “disturbed.” While juggling her less-than-perfect home life, Macy continues to be herself despite what people think. With her father in prison and Child Protective Services on the prowl, everything seems to be going wrong all at once. Macy’s mother is barely there, and her brother has been taken by CPS. Join Macy in this gritty story and see her world through her eyes.