The Circus in Me 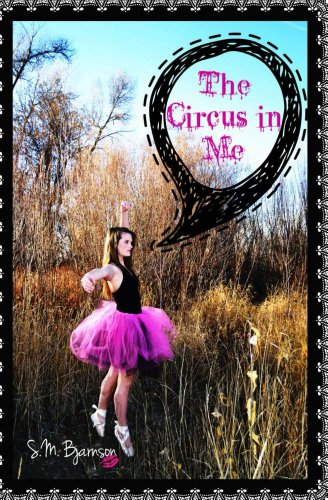 The Circus in Me
S.M. Bjarnson
The Circus in Me confronts a girl’s outcast journey. Amish to the bone, born and bred to be as such, Tracey Aliza discovers a magical land outside of her traditional community. On a quest for solitude amongst the vagabonds. She comes as a drifter transforming into a better version of oneself called by the name Trae Lae. Outside the safety of confinement Trae Lae learns hands-on experiences being an adult in modern society. Struggles to let the past remain behind her she concentrates on performing as part of the team. Back and forth motions bring her to a whole new level of acceptance. College in due course calls to her. Off she flees to the next adventure on the map marked with an X.Welcome to BYU-Idaho! A Mormon college located on the southeastern region of the great potato state. Trae Lae traces a path in-between a religion she was forced to vacate and another indulging her capacity to a newfound faith that contradicts her soul further. The journey grimy and gray toward the new beginning of endearment. On a mounting podium to seize control of the wild beast conformity. She becomes an acquaintance of a young man by the name of Briggs who is also in torment of historical demons. Their lives intertwine into courses neither of them accused as possible. One girl’s bonnet for another man’s briefs. Do our conclusions meet requirements previously posted? Turn the pages to find out if Trae Lae and Briggs can find a way out of fate’s fortitude. With every whimsical there is a wish, with every star there is a shine, where there is a shunned Amish girl there is bonnet about to be burned.