William Summerhouse
Will Summerhouse is an award-winning author who has lived, worked, and traveled all over the world. Orion Poe and the Lost Explorer, Will's debut novel, has earned 5-star reviews from Foreword Clarion, IndieReader, and RisingShadow. Publishers Weekly called it "a rousing story filled with action and tense moments," while Kirkus hailed it as "a wild, imaginative adventure." Will is currently hard at work on the second book in the amazing adventures of Orion Poe, Orion Poe and the Lost World, to be released in 2015.

INTERVIEW WITH WILL SUMMERHOUSE:

I’ve been writing for as long as I can remember, although I only got serious about it within the last few years. As a boy, I loved reading adventure stories, especially ones that featured characters who discover lost worlds. But many of the best ones, like Arthur Conan Doyle’s The Lost World, H. Rider Haggard’s King Solomon’s Mines, and Jules Verne’s Twenty Thousand Leagues Under the Sea were written for adults, not for kids, and today they would seem outdated to most readers. So when I decided to write a book I set my sights on writing a modern version of the classic ‘lost world’ adventure story, only one that would be written for kids (and for adults who haven’t forgotten that they were once kids themselves). The result was Orion Poe and the Lost Explorer, the story of an ordinary boy who gets caught up in a whirlwind of adventure that takes him to the top of the world, where he makes a shocking discovery.

Every writer whose books you read influences you in some way. Readers who are on the ball will find traces of Mark Twain and Robert Louis Stevenson in Orion Poe and the Lost Explorer, along with Jules Verne, H. Rider Haggard, Jack London, Charles Dickens, Gary Paulsen, Ernest Shackleton, Rudyard Kipling and others.

I’m drawn to the idea of discovering lost worlds. Not magical worlds that you get to by stepping through a wardrobe or running into a brick wall (although those kinds of worlds can be fun to visit too), but mysterious and undiscovered places that you can only reach by traveling to a remote corner of the earth—the Arctic, or the jungle, or deep under the sea, for instance. A century ago, when there still were blank spaces on the world’s maps, it was really possible to discover a lost city. Now the place to discover them is in books.

Don’t give up, and don’t let anybody discourage you. Sometimes writing a book can make you want to pull your hair out (if you have any), but if you keep at it, eventually you can achieve the success you dream of.

I wrote most of Orion Poe and the Lost Explorer in a small town in the south of France, just a stone’s throw from a medieval castle, and the rest in a cabin overlooking a peaceful lake deep in the interior of British Columbia. These were two very different places, but both shared a common characteristic: they were quiet!

Orion Poe just set off on an expedition to the Amazon jungle to search for Colonel Percy Fawcett, who vanished without a trace in 1925 while looking for a legendary lost city (really! If you don’t believe me, look it up). If Orion makes it out of the jungle alive (and that’s a big ‘if’), I promised I’d help him write a book about his adventure. So keep an eye out for Orion Poe and the Lost World, due out in 2015. 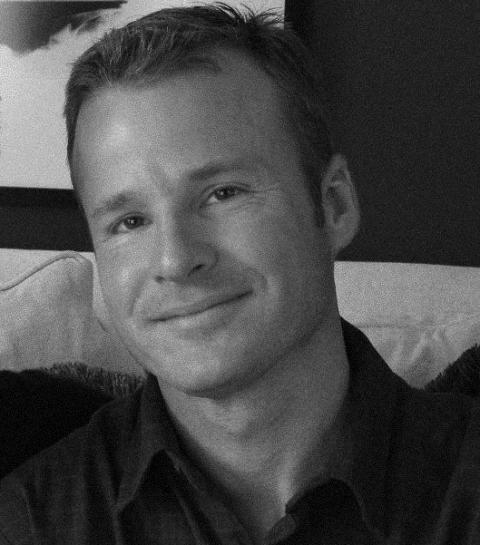