Today, Tiffany Gholar joins LitPick for Six Minutes with an Author! Tiffany is the author of A Bitter Pill to Swallow, and has a book launch party on Friday, March 11th in downtown Chicago! (Read to the end of the interview for more information.)

In addition to being an author, Tiffany is an artist, interior designer, originator of Post-Consumerism, The Doll Project, and Recessionism and a Jeopardy champion!

I got interested in creative writing at a very young age and got serious about it when I was thirteen years old. I asked my parents to get me a subscription to Writer's Digest Magazine and started taking as many fiction writing classes as I could. Some of them were for teens and others were continuing education classes for writers of all ages. A few times I was the youngest one in my class.

I'm new to fiction writing, so I can't say that I have a favorite yet.

You can't show your early drafts to just anybody. Be careful about choosing beta readers and editors. The wrong input from the wrong person at the wrong time can totally derail your creative process.

My favorite place to write is my art studio.

A Bitter Pill to Swallow is the novel I wish I could have read when I was a teenager. Since it didn't exist, I had no choice but to write it. It actually began as a short story for a summer creative writing class I took when I was fourteen years old and about to become a freshman in high school. The story quickly took on a life of its own and before I knew it, it had grown into a novel. I worked on it throughout high school, and later in college. Finally, after enduring years of academic burnout and crippling doubt in my creative abilities, I abandoned my novel. It wasn't until late 2012, realizing that the twenty year anniversary of my story was approaching, that I felt inspired to take up writing it again. It was never my intent to write a "problem novel" or "After School Special," but I hope that teens who are struggling will find kindred spirits in Janina and Devante and also find understanding adults like Gail and Dr. Lutkin so that they don't have to feel so alone.

I am having a book launch on Friday, March 11th in downtown Chicago. I'm selling signed copies of my book as well as prints of the artwork I created to go with it, cover art, and more. Here are all the details: The Fine Arts Building, 410 S. Michigan, Second Floor Gallery, 4-9 p.m. The event page is here:

Thank you for joining us for six minutes, Tiffany! We doubt that too many teenagers ask their parents for a Writer’s Digest subscription! 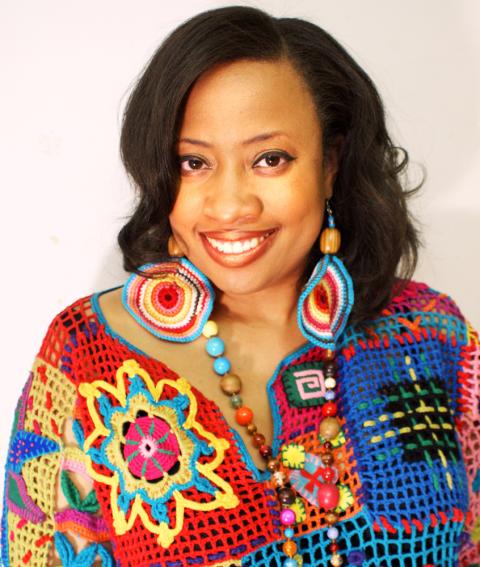