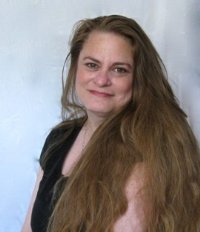 From Amazon.com
Born and raised in Silicon Valley, T. Lynne Tolles is a stay-at-home mom, part-time bookkeeper and writer. In the summer of 2009 she claims she got a 'wild hair' and sat down in front of her computer and wrote "Blood of a Werewolf'" in three weeks. She started "Blood Moon" and "Blood Lust" back to back, the following week.

"It was never my intention to become a writer, but the more I wrote, the more addicted I became."
The Blood Series books presently include four titles. The fifth and final book will be released in June 2011 "Deadman's Blood".