Steve Schatz is having a wonderful adventure.

Raised in New Mexico, his early interests were music, theater and boy scouts. He’s held a plethora of strange jobs and holds degrees in Government, Instructional Design and a PhD in Education. He traveled the country working with teachers, training on an early piece of educational software that encouraged writing across the curriculum. Through it all, Steve has been a writer.

He has taught comedy traffic school, run workshops on writing across the curriculum with educators throughout the country and has been on the Education faculties of University of Hartford and University of Massachusetts.

Steve’s writing has appeared in numerous scholarly journals, but his love has always been fiction. His stories and poems have appeared in national and regional magazines.

His stories convey a message of the power of friendship and the inner strength that every person possesses to change the world through intentional creative action. A sense of humor and fun courses through all his work.

He spends his time writing and enjoying this amazing world. He lives in the college town of Bloomington, Indiana, with his very patient husband of many years and two cats who allow him to pet them if he is good.

Listen to the author read aloud from Ghost Girl: A Mystery! 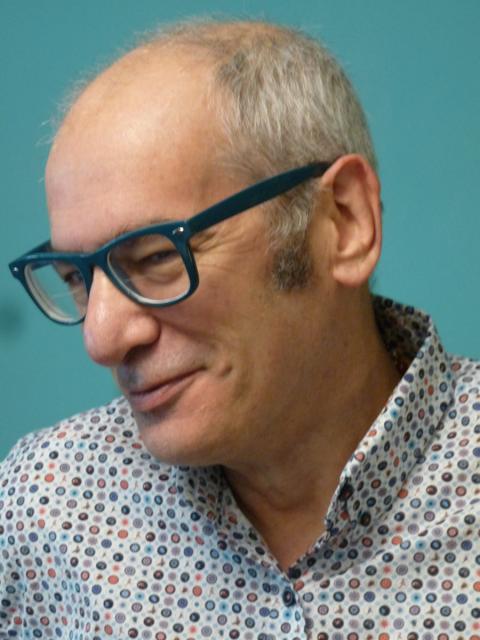