Stephen V. Masse was born in Boston, Massachusetts. He wrote his first practice novel at age 13, handwritten into a school composition book.

Educated at the University of Massachusetts at Amherst, he studied creative writing, and was author of a weekly newspaper column, "Out of Control." His first novel for children, SHADOW STEALER, was published by Dillon Press in 1988. SHORT CIRCUS (Good Harbor Press, 2010) is his second novel for children. SHORT CIRCUS was awarded a 2012 Pinnacle Achievement Award in Juvenile Fiction.

In addition to children's books, Masse has written A JOLLY GOOD FELLOW, winner of the Silver Medal in the 2008 Independent Publisher Book Awards, as well as honorable mention in the 2008 New England Book Festival for best books of the holiday season.

When I was nine years old in the fourth grade, I wrote a composition for Halloween. In that composition, I had witches riding broomsticks in the sky, and they had to stop for red lights. I was so amused, I was laughing out loud. The teacher looked up from her desk and said, "Mr. Masse, you seem to be enjoying that story an awful lot, why don't you come up and share it with the class?" I reluctantly went to the front of the class and read it, and was both surprised and pleased that the other students loved it. That was my first moment of writing accomplishment, and I really can't say whether it created my writing life, or I was born into writing and that happened to be my launching moment.

Such a difficult question -- but let's start with the obvious. My mother and father were believers in books -- lots of books from birth through adulthood. And plenty of reading aloud. My mother read to us practically every night before bedtime, and my father often either read or made up stories to tell me and my siblings. My older brother Bob created the most outlandish stories and often had me howling with laughter, when he wasn't torturing me with threats to tell my parents on me for various misdeeds. Also my eighth grade teacher -- believe it or not, for punishment she made the class write Longfellow's poem, "Evangeline" in longhand (how's that for cursive practice?). I was the only fool in the class who actually enjoyed it -- somehow my writing arm and my brain learned the patience needed to complete a long writing assignment, and learned the values of good sentence craft, spelling, all sorts of good things.

In high school I had several excellent teachers who influenced my writing: Mr. Flanagan, SJ, Brother John Conlon, Mr. Kelly, Mr. Baker -- and a lifelong family friend, Father Frederick Bailey, SJ., who often gave me books on the writing trade. My father was a junior high school English teacher, and had a side job editing the school yearbook -- I spent many hours at the dining room table helping him edit and lay out the pages. By the time I was in college, poor and hopeful for a successful writing future, I would spend countless hours handwriting a novel which I totally expected was going to be my financial salvation.

It took 13 years before my first book was published, many thanks to Uva Dillon of Dillon Press in Minneapolis (no longer in business). And as important as the adult mentors were in my development as a writer, I would have to say that several children have been the freshest and most powerful influence on me as a writer. The characters in Short Circus and in The Taste of Snow are all based on real kids.

Wow -- I have so many favorites. Atticus Finch, Scout and Boo Radley in To Kill a Mockingbird, Huckleberry Finn, Tom Sawyer, Douglas in Dandelion Wine, Princess Buttercup in The Princess Bride, Pudd'nhead Wilson. But I must say that since nobody had written the books I might have liked best as a young reader, my own books, Short Circus and The Taste of Snow count among my top favorites.

Being an author is a rich and fulfilling hobby with endless opportunity to create new worlds, to overcome your life obstacles, to entertain yourself and others, and perhaps even gain some recognition as your craft improves with every new project. It is a lifelong resource which has no age boundaries. Just remember that 95% of authors have another job for their main income.

I built a small office in the basement of my house, and it is my very favorite place to write. One window lets the morning sun come streaming in to mahogany toned oak furniture and pale yellow walls, which gives a sense of sunlight and warmth even in the gray of winter.

I'm hoping to find some time to write a few more books over the next couple of years -- one called Stowaway Ruth and the Gold Rush, another called Bobetickley Partetickley -- both for young readers, and a novel for grownups called Water into Wine. That's the hope, anyway! And I certainly hope that anybody who reads my books will enjoy them from start to finish, and will share them with friends and family. 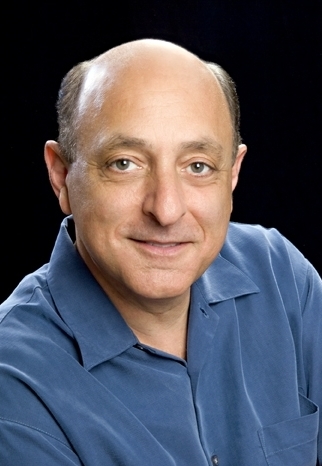