(1) "Attrition" is set in the nation of Io. What inspired some of the characteristics of Io and can you tell us a little more about the nation?

Io is a rainy, mountainous country about the size and shape of the island of Britain. It's mountain ranges — including the Kanar mountains, and the Spikes, a range that splits Io in half down the middle — are incredibly rich in precious metals, including two ores unique to the region. There are five major cities and dozens of smaller towns and villages.

Io used to be a place of prosperity — a world power despite its relatively small size. The Humans, Elves, and Majiski battle-mages lived in complete harmony. But, a century before the beginning of Attrition, Io is invaded by a conclave of dark entities known only as the Demons, and their Arkûl and Goblin minions. Now, the new Demonic Dominion rules over Io. Shortly after conquering the country, the Demons built the Grey Wall in the north, sealing Io off from the rest of society, and as time went by, the world beyond the wall fades into myth and legend. The Humans have been subjugated and enslaved. The Elves were long ago exiled into the mountains. And the Majiski have been all but exterminated.

When it comes to environment, I'm a lover of three things in particular: mountains, rain, and cities. Many of the urban settings were influenced by my travels in Europe — places like London, Paris, and Munich. I love the feel of European cities, the aura of antiquity and character. That carried over into my descriptions of Io's major cities. I'm a native Virginian, but one of my favorite places in the world is Grand Teton National Park in Wyoming. The air is clean there. The weather is pleasantly brisk, even when the sun is bright. There is so little light pollution that you can look up atnight, and lose yourself in the stars. Those mountains became the inspiration for the Spikes, where a good portion of Attrition is set.

(2) You started the final version of this book at 14. When did you first decide to write the novel and how did the whole process begin?

Well, I didn't really decide to write it. The story started growing in my head when I was about six years old. Over the years as I got older and became more savvy about how books and words and narratives and characters work, the story matured. I couldn't help it — whenever my mind wasn't busy, it started writing: toying with ideas, developing characters, expanding the world, writing out scenes….Eventually, it just became too much. I had to get it out of my head, or it would never stop changing.

I did, however, make the decision to sit down and type the story out in July of 2012. I was 17 at the time. For the last few years, I'd been writing bits and pieces of the draft in notebooks during high school classes. So, I took what I'd written and began to transcribe it, adjusting and polishing it where needed. I started from the beginning and worked my way to the end, filling in the blanks I'd left in the hand-written draft. And eventually…I finished, just a few days before my 18th birthday.

(3) Who is your favorite character in "Attrition" and why?

I've actually been asked this question a lot. See, People often think that the central character, Racath, is a reflection of myself. He's not, although Racath is the kind of person that I wish I were. Something important to know about Attrition is that there is a 1st-person narrator, but he isn't the main character. I won't spoil anything, but that character — both as an external narrator and as a in-story-character when he shows up in the narrative — is definitely a fictionalized version of my own personality. While you don't get to see much of him in Attrition, he'll become very important as the series continues. I love to write him — he's a rich, complicated person, someone who always has an ulterior motive of some kind…which makes you wonder why he's telling the story in the first place, what he stands to gain from telling it.

(4) What kind of readers will most enjoy "Attrition"?

Any lover of Epic/High Fantasy, really. It's not strictly speaking "Young Adult" in the traditional sense, although it can definitely be enjoyed by teens and adults in general. It's aimed more toward the older end of the YA spectrum — older teens or teens with higher reading levels. I've heard it classified as "New-Adult", meaning that readers in their late-teens and twenties are those most likely to identify with the conflict and characters, which I could definitely agree with.

(5) Why SG? Is that your pen name or what you normally go by?

It is a pen-name. I use it mostly because you wouldn't believe me if I told you my real last name — it sounds more like a pseudonym than SG Night does, actually. But usually, I go by Sam — that's the S, so it works when I'm working asSG Night, and when acting as my non-author self.

(6) When you are not writing, what are you up to (besides watching English musicals about French people)?

I'll be the first to admit that I'm a bit of a geek — I love it, though. I'm a big gamer: mostly PC games, with a little bit of table-top D&D and Pathfinder mixed in there. I don't read nearly as much as I should, but thankfully we invented audiobooks, so that helps me get around that problem. I'm also a Computer Science major, so classes occupy some of my time. I try to stay active, too — working out on my own, plus an average of 20 flights of stairs per day helps keep me from becoming completely sedentary.

Writing is both a talent, and a skill. Some of us are born with that talent, but it never starts out perfect — it's always raw and unrefined at the beginning. If you don't polish it, hone it, and practice, talent will never get you anywhere. But on the flipside, you can't be a good writer on skill alone. You can practice all you want, but if you don't have the knack for it, the passion, the overwhelming impulse to write, then you won't do much better.

So, if you're looking to be a writer, you have to give it your all. Everyone tries to write a book at some point in his or her life, and almost everyone fails. If it's something you truly want, if you can't help yourself from writing and can't stop the stories from growing in your head, then you have to commit to it. You have to make writing a priority, design a writing process that works for you, and really work at it. You can't just write sporadic pieces of it every few weeks and expect it to turn into a book. I picked at Attrition bit-by-bit for the better part of ten years, but nothing ever really came of it until I committed to sit down and devote myself to writing it.

Well, marketing for the first little while. Interviews, press releases, reviewers, that sort of thing. Once the book's got its momentum going, I'm going to start outlining Book II, the second act of Penance — I don't have any notebooks to work off of this time, so it'll be a slightly different process. Once I've got the outline done, my editor and I are going to do one more run-thru of Attrition, and release the 2nd Edition sometime near the end of the year — hopefully including reviewer praise, and a preview of Book II. That 2nd Edition will be what I use for the audiobook, which I'm looking to produce through Amazon's ACX program sometime around December 2013. Once the audiobook is out of my hands, it'll be time to start drafting the manuscript for Book II. From there…well, we'll have to wait and see. 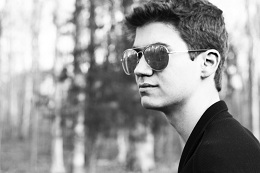