Sean Austin, Winner of the 2012 Parent's Choice Award, recipient of the National Parenting Center's Seal of Approval for ECHO's Revenge: The Ultimate Game

Sean Austin (aka Hart Getzen) is a father of avid gamers as well as a writer and producer of simulation and gaming entertainment for companies such as IMAX, Hitachi and Universal Studios. Using ECHO's Revenge as a springboard, Getzen guest lectures on writing and STEM career development at middle-grade and high schools. The author has also lectured on design and production of Location Based Entertainment at universities such as the Rhode Island School of Design.

"The ECHO's Revenge series provokes young gamers to think about what goes into both building and playing a game - what happens when a group of people work together to create a game, and imbue it with their own spirit. What are the political and interpersonal dynamics of that team enterprise, and what challenges may game designers face when their game evolves in an unanticipated direction?"

Why did you want to become an author?
I became an author because I wanted to share some of the amazing experiences that are possible when groups of mechanics, programmers, engineers, and designers work together to create new ways to stimulate the heart and mind. For example, intense psychological effects can be produced through motion-simulated game experiences, including raw hysteria (combining humor and terror in a single moment), melancholia (through the use of scenery, music, and acoustic effects), and a wide range of other physically-generated emotional experiences.

There were other issues that I wanted to investigate. During gameplay, emotional responses impact gamers' tactical thinking and performance. How do gamers perform under different emotional states? How will artificial intelligence and robotics impact game design? What can gamers learn from a tech-inspired narrative that takes place within the world of Alternate Reality Games? Can non-gamers appreciate the gamer psyche and learn something valuable through their own challenges?

What is your inspiration for writing the ECHO’S Revenge Series?
Having worked for many years as a producer in the simulation/game industry, I was inspired to write about the day-to-day realities of the design process, while showing how technology can sometimes evolve faster than our ability to manage it—specifically in the field of AI robotics, which is what my company, AAA Reality Games, is concerned with.

On one level, the ECHO'S Revenge novel series is a modern Frankenstein story set in the world of online and reality games; everything within the narrative is based on technology that exists today. The “story” is entirely within the realm of possibility.

One of my hopes is that this series will also highlight the ethical dilemmas produced by the new forms of artificial intelligence we are creating. Ethics may become the most important aspect of technology evolution, especially with regard to the predicted AI super-intelligence explosion.

Who is your intended audience and why should they read your book?
My intended audience is three-fold: kids who prefer playing video games over reading, YA readers who enjoy fast-paced action adventures or sci-fi thrillers, and anyone else who wonders about the state of the art of AI robotics.

Part of the motivation for creating a series comprising multiple perspectives (adults, teens, gamers, non-gamers, and parallel time periods) is that families can read the books and enjoy discussing gaming issues from different angles. The evolution of games and Robotic AI is terribly exciting. We are at ground zero. What can we learn from machine intelligence? Where should intelligent machines fit into our world? Since AI is rapidly evolving toward the moment when machines become far more intelligent than humans, we will have to anticipate what AI-driven machines will attempt to do with our resources. And ultimately, with us humans. This series addresses those mysteries.

What is your second novel, ECHO’S Revenge: The Other Side, about?
Can a team of game designers build a version of their video game in the real world and imbue their game boss with limited AI? What happens if they lose control of their artificially intelligent game predator in the real world? This novel draws on my experience working in the tech world to address one of the most important questions of our time: what happens when humans create self-motivated machines that are far more intelligent than humans?

Does the book take STEM elements and apply them factually, or have you used a considerable amount of creative license?
I’ve worked hard to make sure that everything in the book has already been engineered or probably exists, given where the state of technology is today. I’ve included links at the echohunt.com website that document all the technology and locations of this account in the real world. The big question posed in Book Two—exactly how AI could empower a game boss to the extent that it did—will be revealed in Book Three.

How can we contact you or find out more about your book?
I can be contacted any time at seanaustin@echohunt.com, sean@aaarealitygames.com, or seanaustinaaa@gmail.com. I’m always glad to discuss E-7, AAA Reality Games, or any of the other crew members or anyone documented in my accounts of E-7. If I don’t respond immediately, I’ll respond as soon as I can as I’m likely to be neck-deep in the ongoing investigation! 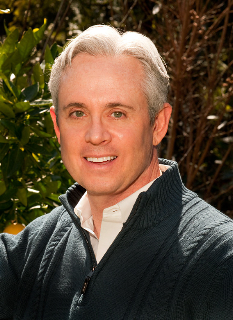