I'm a reporter, writer, and editor based in New York City. Currently I’m a senior editor for science at the Atlantic.

My stories are rooted in history and science, and I write often about plants, the politics of the environment and energy, cities, food, transportation, books, libraries, and medieval culture. My work has appeared in The New York Times, NPR's All Things Considered, New York, The New Republic, The Boston Globe, Smithsonian, Foreign Policy, Lucky Peach, and many other publications.

I previously worked as the senior writer at Atlas Obscura. You can see all the stories I’ve written for Atlas here; my favorites include stories about secret library apartments, forgotten “China Girls,” an Appalachian Trail thru-hiker, Audubon’s greatest prank, a banned feminist magazine from 1910s Japan, and the New Age dreamers who helped end the Cold War. I also once made a shipwreck expert analyze The Little Mermaid and spent a week drinking diluted wine while on a medieval diet. 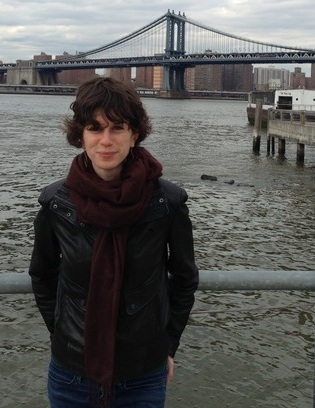