As the great-granddaughter of the inventor of the drinking fountain and founder of HawsCorporation, Sallie Haws put her UC Santa Barbara bachelor’s degree in organizational psychology to work to make a positive impact on her family’s business. Sallie held numerous jobs in the company over her 26-year tenure from file clerk to President and CEO.

At a young age, Sallie’s passion for writing was fed by taking creative writing classes in high school and college. It was nursed along throughout her adult years by a voracious reading habit of paranormal, sci-fi, fantasy novels.

After selling the family business in 2011, Sallie finally had the time and inspiration to write.

“Quantum Spirit - Apocalypse” (August 2013, Fedd Books) is the culmination of years of personal and professional life experience combined with the desire to empower, entertain and inspire adults and teenagers.

Salena Hawthorne, the teen heroine in “Quantum Spirit: Apocalypse,” is incredibly smart, strong and courageous. What do you want readers to learn from her?

I would love for them to learn how to tap into their own innate power and abilities. After being a business leader and mentor for many years, I decided to take what I’ve learned and share that with eager and open-minded young women through an entertaining and non-threatening medium.

My personal reading genre of choice is paranormal urban fantasy. However, I didn’t want to write a book about vampires or were-creatures. There are some awesome authors out there who do that extremely well, and I didn’t think it needed to be done again. I also wanted to write a book with a positive outlook for humanity’s future. I’m a little tired of the dystopian genre. I wanted to create a state of wonder with my audience. Our world is so full of fear and discord; it’s time to imagine a world full of love and connectedness.

On the surface, “Quantum Spirit” is a fun, easy read about a young girl who has some amazing abilities and some fantastic adventures. But the deeper you get into the book, the more profound the story becomes. Can you expand on that?

For many, the quick surface read will be enough. For those with a little more curiosity, dropping down one level, the premise of the book is how deadly fear can be, and how love, gratitude and forgiveness is the antidote. The third level introduces some metaphysical and spiritual concepts that are currently being practiced and taught all over the world. In that regard, “Quantum Spirit - Apocalypse” could almost be considered realistic fiction.

How did you come up with the idea of giving Salena all of these different gifts – clairvoyance, seeing auras and traveling between dimensions?

I actually had a dream about a young girl who could change her body’s vibrational resonance that allowed her to disappear in the Third Dimension and travel to the Fifth Dimension. So that gift was the first one I came up with, but then I needed to provide reasonable cause as to why she might develop such a talent. Being an exceptionally strong clairvoyant at a young age I felt would lead credence to the development of more advanced abilities at the onset of puberty. Being able to see auras just seemed to make the package complete.

If you could have any the abilities that Salena has in your book, which would you pick and why?

I think my first choice would definitely be the ability to transcend dimensions. Being able to teleport anywhere in the world would seriously cut down on my travel expenses! Not to mention the money I would save on new clothes and accessories that I could instantly manifest while in the Fifth Dimension. As distracting as I’m sure it would be, the ability to see auras would be my second choice.

Crystals play an important role in “Quantum Spirit.” Can you tell us a little about them?

The two main types of crystals that play a role in the book are Selenite and Quartz. The use of Selenite came about by pure synchronicity. It was completely coincidental that the majestic crystal caves in Niaca, Mexico where I chose to put the Akashic Records were made of selenite. Selenite was named after the Greek word for moon, and Selene is the name for the Greek Goddess of the Moon. (I had named my heroine Salena way before I discovered the crystal caves and what type of crystals were in them.) After researching all of the physical and metaphysical properties of selenite, I knew that if the Akashic Records were ever going to be located in a single place, they would definitely be stored in those crystal caves.

I chose quartz for the healing ceremony because that is the first choice for metaphysical practitioners who use crystals to augment their healing practice. Quartz crystals are able to structure, store, amplify, focus, transmit and transform energy, which includes matter, thought, emotion and other forms of information. They were the best tool I could give Salena to allow her to trap the negative energy of the Blue Flu.

Did you do a lot of research while writing “Quantum Spirit?”

Yes. While the story is fiction, all of the metaphysical, spiritual and scientific concepts in the book are based on theories and research done by many different people. I read and/or referenced at least 13 different books and I don’t know how many dozens of websites on the various different concepts that I weaved into my story. Links to the books are all listed on my website.

Do you believe in the paranormal?

Absolutely. In fact, I believe in every one of the metaphysical concepts I put into Quantum Spirit – Apocalypse, even the existence of the Fifth Dimension. That doesn’t mean I have the ability to do any of the “paranormal” things that Salena can do, but I do believe they are possible.

Have you always wanted to be a writer?

Yes, I’ve always wanted to write a novel my whole life. My first attempt was in seventh grade, and there were a couple of other ones after that. After selling the family business in 2011, I knew I wanted to take this opportunity to finally write, but I didn’t have what I felt was a compelling enough story. In June of 2011, while on a houseboat vacation on Lake Shasta, I dreamed about a young girl who could change her body’s vibrational level and travel back and forth from the third dimension to the fifth dimension. Upon awakening, I walked out to the living room where my husband, son and his friends were eating breakfast and announced to the group, “I have my story.”

Without any spoilers, can you give us a hint of what to expect in your next book, “Quantum Spirit: Redemption?”

Salena has a lot of work ahead of her. On top of staying one step ahead of the nefarious goons who are trying to kidnap her, she must also continue to find a solution to help the millions of souls who are still trapped in stasis. Keeping track of Jace and trying to find a way to save him will also keep her rather busy, and she still has to pass eighth grade algebra. 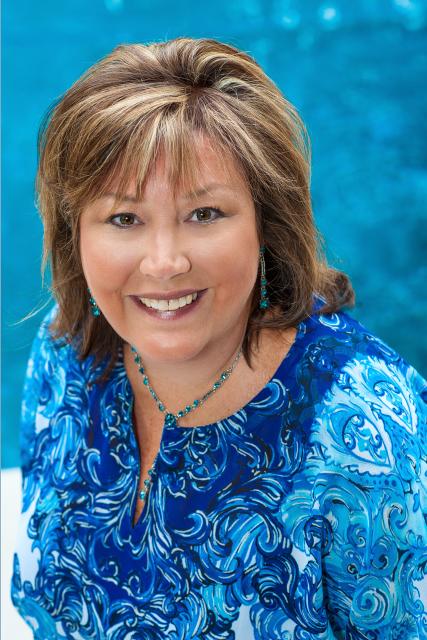