Robert Love grew up in Oklahoma, exploring wilderness trails on a bicycle, reading science fiction, and hoping to visit other worlds. He eventually got his wish and moved to California. After earning a doctorate in Biophysics from UC Berkeley, he worked as a research scientist at Pfizer in San Diego. He now consults for local biotech firms, but broader interests drove him to write fiction. He is author of The Vinyl Enigma, a science fiction novel, and City of the Yeti, a fantasy for the young at heart. Robert lives in San Diego with his wife Ping; they have two daughters.

SIX MINUTES WITH ROBERT A. LOVE:

Joining LitPick today for a Six Minutes with an Author interview is author Robert A. Love! Robert is the author of the science fiction novel The Vinyl Enigma and the young adult fantasy novel City of the Yeti, which also appeals to the young-at-heart. Robert earned a doctorate in Biophysics from UC Berkley and consults for biotech firms.

When I was young, I loved writing stories just for fun to be read by family members. Later I enjoyed writing almost anything, whether long letters to friends or papers for humanities courses. Over my career, I’ve written research articles for scientific journals – a dry and technical process, but one that requires a clear narrative and solid grammar. When the urge to write fiction surfaced several years ago, I took classes to “relearn” the craft. I’ve now published one short story and two novels.

As a child, my parents encouraged me to write, but I also remember two inspirational English teachers in middle school. As for authors who influenced me, I’ll start with some classic ones like E.A. Poe, H.P. Lovecraft, H.G. Wells, and Bram Stoker. Science fiction favorites include Ray Bradbury, Isaac Asimov, Stanislaw Lem, Poul Anderson, Arthur C. Clarke, and Michael Crichton. In the realm of speculative fiction, I’ve enjoyed Jorge Luis Borges, Franz Kafka, Margaret Atwood, and Steven King. (Borges is my favorite author overall; each of his short stories is like a novel.) I also like historical fiction, including works by James Michener, James Clavell, Gary Jennings, and Michael Ondaatje. Of course, movies can also influence a writer. My novel City of the Yeti was inspired by the atypically intelligent creatures in a 1957 British film, The Abominable Snowman (screenplay by Nigel Kneale). I experienced Clarke’s 2001: A Space Odyssey as both film and book, which (along with Borges’ short story The Book of Sand) inspired me to write the novel The Vinyl Enigma.

I prefer a realistic setting with one strange element or mystery to be resolved, rather than a complete fantasy world as in JRR Tolkien or CS Lewis; thus my interest in a story like 2001. Another example is the retelling of the Dracula tale in Elizabeth Kostova’s The Historian, which reads more like historical fiction than horror. I would have enjoyed writing episodes for Twilight Zone or Outer Limits or Dr. Who.

Begin by writing short stories. Read lots of examples, including contemporary stories from literary journals, magazines, and annual “best” collections (Best American; O. Henry Prize; Pushcart; etc.) If you’re a younger student, don't fret too much over structure and grammar, just write about topics you know and enjoy; there will be plenty of formal instruction later. The initial goal is to exercise your creativity and imagination. Eventually, it’s important to get feedback from peers or writing groups, not only for proofreading, but also to identify things that may confuse the reader. Finally, it's okay to start out by writing in the style of an author whom you admire.

In my study at home, and in a comfortable chair with good back/arm support! We easily forget how important posture and environment are for creativity. However, if I need some stimulation, I’ll sit in a coffeehouse, surrounded by the distractions of music and voices. Speaking of sound, I sometimes write the first draft of a scene while listening to the “appropriate” mood-evoking music on headphones.

LitPick is a great concept, providing a fun, well-organized and nurturing environment for students. The quality of the reviews is amazing. My student reviewers (ages 12 and 14) were incredibly thoughtful and mature. Other reviews I’ve seen at LitPick are equally impressive. So keep up the good work, staff and students!

Robert, thank you for spending six minutes with LitPick! That is great advice you have for someone who wants to be an author. Thank you for your kind words about LitPick! 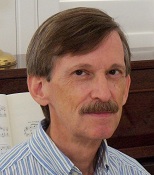