Richard Marman was born in Swindon, UK. His father was a RAF pilot who had served with distinction during WWII. The family moved from base to base after the war, including four years in Germany. They immigrated to Fremantle in 1962. Richard attended six primary and three secondary schools, so he is familiar with the “new kid on the block” status.

After school, Richard joined the Royal Australian Air Force (RAAF) and trained as a pilot. He served for nine years, including a tour in Vietnam and a significant time flying in New Guinea. In 1975 Richard left the RAAF to fly with Ansett Airlines until the company closed in 2001 at which time he was a Boeing 767 captain. Afterwards he trained Singapore Airlines pilots on Lear Jets until 2006.

Leaving aviation behind, Richard completed a Diploma of Visual Arts at Tewantin TAFE and a Bachelor of Arts at the University of the Sunshine Coast, majoring in creative writing and design. Most of Richard’s books have so far stemmed from University projects.

Richard lives on Australia's Sunshine Coast in Queensland with his wife Judy. They have twin daughters who live interstate. 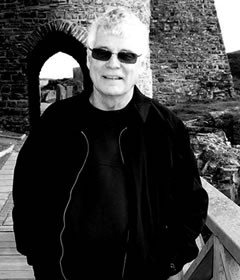