Ms. Rebecca Rose Orton was born deaf. She learned American Sign Language again after being away from the deaf community for nearly 20 years. After returning to her deaf origins, she gained at least 20 years of signing experience and considers herself bilingual and bicultural within both the deaf community and the hearing world.

LitPick serves up a round of questions to author Rebecca Rose Orton on the heels of her most recent release, Spiritual Attack, which our LitPick reviewer calls "a great look behind the curtain."

Do you have a solid outline before writing, or do you usually get ideas as you go along? My personality is not the type that does a lot of preparation before writing something. Sometimes, I do. Usually, I just jump right in and do some writing until I am satisfied there is enough substance to fulfill my most immediate goal. However, I have learned to pace myself so I am fresh in both body and mind to continue the writing.  For example, I took a few days in early April 2020 to answer these questions for the LitPick author interview, smile!

Has someone you’ve known ever appeared as a character in a book, consciously or subconsciously? Not really. Jane Moon, a character in Spiritual Attack, is named after a remote ancestor in my family tree. She was not someone I knew, so that’s why I am hedging in my answer to this question. Her last name is so mysterious and evocative that I thought it was a good name for a witch. My subconscious kept insisting I use this name for my book. Maybe there was a line of witches in my family tree. Who knows?

What do you do when you get writer’s block? I forgive myself for not being able to write full paragraphs for a book review. If just a one-liner will do, then that’s what I write. One line of feedback is better than nothing at all. When I was in high school, I had a huge case of writer’s block for a book review class. I had the teacher before, and I knew she would ask me to improve my homework submissions every time. I couldn’t think of anything to say about the assigned book I was reading for this class. I told my mother about my frustrations with this class and the teacher. My mother was sympathetic to my plight. I ended up dropping this class and switching to an easier English class. Now, I have a blog of book reviews. I realize now that the writer’s block in high school probably occurred as a result of reading a book that I could not relate to. The book had to capture my interest and provide knowledge that I valued.

If you could live in a book’s world, which would you choose? I would live in the world portrayed in Lost Library by Kate Baray. In the first book of this series, the library full of magic books has yet to be found, but there is evidence that it exists. A library full of magic books sounds like a dream come true, and I would love to be the head librarian. By the way, it was fun for me to watch these television series with similar themes: The Librarians on the TNT network and Warehouse 13 on the Syfy channel.

What is your favorite book-to-movie adaptation? My first choice is The Lord of the Rings trilogy by J.R.R. Tolkien. My second pick is The Chronicles of Narnia series by C.S. Lewis. My third selection is A Wrinkle in Time by Madeleine L'Engle. These are all my favorite book-to-movie adaptions. I checked them out from the school’s library and read them when I was a tween. Decades later, I find that their movie adaptations are spectacular with their special effects and costumed actors, many of whom are not human. Furthermore, The Lord of the Rings films are worth watching over and over again.

If you could have lunch with one other author, dead or alive, who would it be? Kimberley A. Shaw, the author of A Handful of Spells, is my choice of dinner companion. She has been hailed as the deaf version of J.K. Rowling of the Harry Potter series, and I have to agree. Her book iss mesmerizing and authentic. She even uses Ole Jim, a building at Gallaudet University in Washington, D.C., in her story plot as a secret location on an invisible floor. A friend and colleague from work recommended this book to me, and it was the first time anyone recommended a book to me that I can remember. I would like us to eat out at an Applebees in Boston and use American Sign Language to communicate. It is too bad Perkins, Pizza Ranch, and Ryan’s Buffet are too far away. I loved the cactus pizza dessert at Pizza Ranch and the cinnamon rolls at Ryan’s Buffet. I can’t wait for Shaw’s second book to come out.

Is there anything else you’d like to share? In 2019/20, I decided to read the first book of a series to see if there were any I liked. I read the following books: The Dragon Gene, by Mira Rain, which was interesting, to say the least. Dragons Are a Girl’s Best Friend, by Joynell Schultz, which was fun to read. Cinder Ellie Faraway Castle by J.M. Stengl, which was too short, in my opinion.

These books are similar to the books Dean Murray wrote. I wish to point out that the famous Twilight Saga series from Summit Entertainment had vampires with extra-normal abilities. These powerful skills are similar to the paranormal abilities in the Dean Murray books and Abigail Owen series. For television entertainment, I like watching The Flash, Supergirl, Green Arrow, DC's Legends of Tomorrow, etc. I thought Batwoman was too dark with its focus on skin manipulations (this sentence is using a euphemism to put it mildly). Using a super ability to solve problems seems to be a deep psyche favorite theme for me to read or watch. In addition, I discovered that I like the interconnectedness of the Marvel and DC Universe superhero movies and television series.

Last but not least, I also sampled books about Merlin from different authors. While I was doing this, I got pulled into reading Angela Pepper’s Wisteria series, which was totally fascinating.

Joining LitPick for Six Minutes with an Author is Rebecca Rose Orton. The nonfiction books she writes for children help them understand difficult topics such as cognitive linguistics and dimensions. Rebecca Rose Orton was born deaf, but she shares what inspired her to write a book that touched on American Sign Language.

How did you get started writing? I read somewhere that writing was a career that people typically started in their 40's and were successful at it. I started writing books in 2016, when I was 49. However, I had been writing poems sporadically since I was a kid. My work as a poet was often recognized in scattered poetry books other companies published. The decision to become an author was spurred by a desire to publish most of my poems in one book. I learned how to self-publish by reading a book, Independent Self-Publishing: The Complete Guide by Michael N. Marcus. After becoming more familiar with online publishing platforms, such as CreateSpace, Smashwords, Lulu, Draft2Digital, Xinxii, Authorship, and Kindle, it was a small step for me to create more books by using the computer skills I had acquired in 2017, such as creating and editing a book cover in Photoshop Elements.

Who influenced you? When I was a child, I was influenced by C.S. Lewis, Madeleine L'Engle, Dale Carnegie, and J.R. Tolkien. I consider their books to be classics and timeless. My mother was the one who gave me books written by C.S. Lewis and Dale Carnegie. The rest I discovered in the school library.

Do you have a favorite book/subject/character/setting? Wonder Woman as portrayed by Lynda Carter was my favorite character back in the 1970's at a time when I did not have access to captioned television. On April 19th, 2014, I bought a huge, illustrated book about Wonder Woman from the author at a booth at Awesome Con. I slowly read the whole book a page at a time each morning for breakfast and learned a lot about Wonder Woman. The author also told me at the booth that the original Wonder Woman series was playing on the WeTV channel. I was thrilled! I got to watch most of the series with captions this time around, and it felt like I was watching a completely new show. The captions made such a difference from what I remember.

What advice do you have for someone who wants to be an author? My advice is get the writing done and when it is done, then improve on it. Don't procrastinate. Just do it. Start out with something simple. Then build on it each time you come back to it. Don't wait until it is perfect to publish it because then it would never get done! Perfection is in the eye of the beholder, just like beauty is. This is the approach I've been taking towards my books. Each successive step added a deeper dimension and made the books fuller and fatter.

Where is your favorite place to write? My favorite place to write is at my old computer desk. I've had it from the time I bought my first computer in 1986. I bought the desk used from someone who lived in another city and had to make arrangements to bring it home. The desk has been a mainstay while I switched to better computers over the years. The only time I didn't have it with me was when I was in graduate school for three years plus four and a half years after I graduated. It had been in storage a thousand miles away. I was happy to get my desk back into my home again.

What else would you like to tell us? Minds and Signs was inspired by an exchange of emails with a friend I found through Ancestry.com. We were discussing what topics I should write on. One topic was how to organize everything in real life, for example, how a child can organize his or her bedroom. I did some searching and found books on that topic for children, but mental organization was a topic that seemed to be unexplored in the children's marketplace. I had noticed that mental organization is a concept that fits well under cognitive linguistics, a complex field of research. I wanted to introduce cognitive linguistics to children in hopes of sparking an interest strong enough for them to become linguists in the future. To that end, I used a common metaphor "light is understanding" throughout the book and included both English and American Sign Language examples.

Thank you for joining us to share more about your books and what has inspired you as a writer. You show that inspiration can be found anywhere. 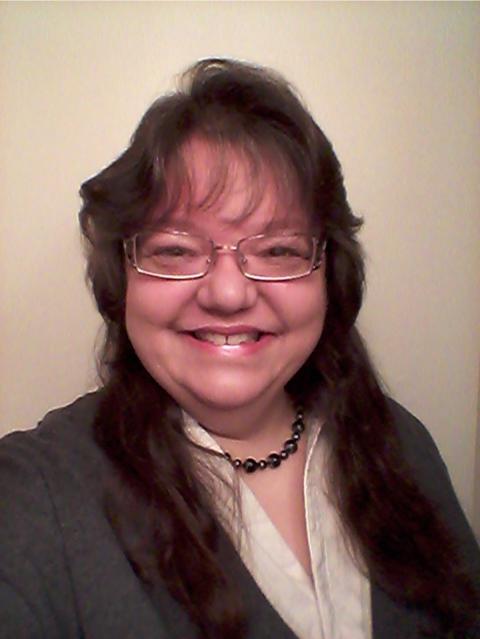