Multicultural Education Professor M. C. Gore taught school from first grade through post-graduate university for 36 years.  One of her teaching majors is English, and she is an authority on the J.R.R. Tolkien and J.K. Rowling canons, having presented academic lectures on both.

All is Assuredly Well was born as Professor Gore sat on the witness stand for two hours on her 47th birthday testifying against the City of Wichita Falls, Texas, as an expert witness and a plaintiff when the city passed a book-banning law designed to remove books about families of same-sex parents from the children's section of the public library.

Joining LitPick for Six Minutes with an Author is Professor M.C. Gore, author of All is Assuredly Well, a beautiful picture book about same-sex families. This book has received a Kirkus star and the LitPick Top Choice Book Review Award.

Having no playmates as a child caused me to make up stories so I felt less alone. Although I didn't commit anything to paper, I was still writing stories.

My private music teacher/junior high band director played word games with me and let me know he thought I was brilliant. Not a great clarinet player, but a great wordsmith. Also, my second-favorite aunt was a newspaper woman, and she and my uncle owned a weekly newspaper in Kansas. Knowing that she was a journalist influenced me. My first-favorite aunt started and owned her own business, and that influenced me, too, not to become a writer, but to become a publisher.

One book: John Irwin's A Prayer for Owen Meaney.

Extra special category of favorites: Charles Dickens's David Copperfield is the only book in this category because I paid the highest price to read David Copperfield of any book I ever read.  My seventh grade science teacher bent me over his desk in front of the class and paddled my behind on two separate occasions when he caught me hiding a copy of David Copperfield behind my science book while I was supposed to be reading about geology. The second paddling was considerably harder than the first, and my behind was still red by the time I got home after school.

I also love books about feisty old people, like A Man Called Ove and The Hundred Year Old Man Who Climbed Out of the Window and Disappeared. I like them because I'm old and feisty. HOWEVER, if I were stranded on a desert island with one book only, it would be Harry Potter and The Philosopher's Stone.

Write about things you love, but research those things so what you write is authentic. Read books about how to develop the writing craft. Read books in the genre you want to write. Read books by the authors you love. Take classes in writing. Invest money in attending workshops and conferences. Realize that hundreds of jobs for writers exist outside of writing books. Start with one of those jobs and develop your craft while you do. If you can't do that, start with writing press releases for the clubs you belong to and send them to your local paper. I still write about three press releases a month about organizations I belong to.

If you're in college, or going to go to college, find out who the best writing professor is and glue yourself to her. Read everything she's written and make notes in the margins with meaningful questions. Then during her office hours, drop by her office with her favorite candy bar and ask if you can ask her about her books. Her books. Not what you want to write, but HER books. Take her classes, and realize that when she critiques your writing, she's trying to help you improve. Do what she says. Don't make her feel stalked, but show her that you want to learn everything she has to teach you. You'll learn more outside the classroom from her than in class.

My writing takes place in my head, so I write everywhere. Then when I get to my computer, I keyboard it in. When I'm keyboarding, I supposed I like to sit in the big leather chair by my stone fireplace, especially when I have a fire going. And, actually, although I write in my head, sometimes when I sit down at the keyboard, my head-written story flows a different direction out of my fingers than I had planned in my head.

I spent two hours on my 47th birthday sitting on the witness stand in Federal Court. I was testifying as a federally-certified Expert Witness and a plaintiff the City of Wichita Falls, Texas, when the city passed a law to ban books. The law was designed to prohibit the children's section of the public library from shelving books showing the families of same-sex parents.

I was an Expert Witness because I was a professor of Multicultural Education. I was a plaintiff out of conscience.

The First Amendment prevailed, and the book-banning law was declared unconstitutional.

Over the following years, I watched the canon of picture books showing families of same-sex parents fail to thrive. I hungered for the children of such families to have beautiful, literary works like those I loved as a child, but I wanted books for those children to include families who looked like theirs. No one was writing the books I longed for these families to have, so I decided that the responsibility to write such a book was mine.

I wanted to write the books with the man who had first encouraged my word skills, my junior high school band director/private music teacher. He had been like a second father to me for a half century, so I asked him to be my co-author. He'd never written a book before, and my non-fiction books were shelved in over a thousand libraries around the world, but he had a musician's ear for the language, and he shared my passion for stories. We worked over the phone for an hour seven nights a week for five months, he in Tucumcari, New Mexico, and I 350 miles away in Wichita Falls, Texas, to write the first book.

I sent the book to seven agents seeking "picture books about diverse families." Apparently, they didn't think that families with same-sex parents were diverse. I began researching why the Big Six (now Big Five) weren't publishing such books, and I learned they didn't want to invest in books that school librarians and some public librarians would be wary of purchasing- lest they encounter what our library had encountered in Wichita Falls.

I put the book away until after I retired.  Then I looked for, and finally found, our wonderful illustrator. I hired her and started my own publishing company dedicated to developing the canon of beautiful, literary books depicting the families of same-sex parents.

Congratulations on such an incredible honor of receiving a Kirkus star! We love your dedication and determination to get diverse books into the hands of children. 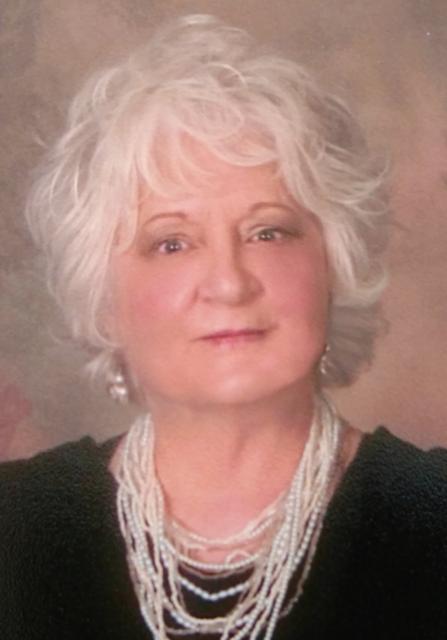