Philip Siegel grew up in New Jersey, which he insists is much nicer than certain TV shows would have you believe. He graduated from Northwestern University and promptly moved out to Los Angeles, where he became an NBC page. He likes to think that the character of Kenneth on 30 Rock is loosely based on his life. Currently, he lives in Chicago and does his best writing sandwiched in between colorful characters on the El. Visit him online at philipsiegel.com or follow him on Twitter: @FillupSeagull.

I've been writing ever since I was a kid in some form. Whether it was plays, scripts, short stories, or scenes with my Lego characters, I've always loved telling stores. I seriously began writing YA fiction about 7 years ago, and after writing 2 books that will remain in a drawer forever, I wrote THE BREAK-UP ARTIST.

I wasn't a big reader growing up, although I did love Caroline B. Cooney and Lois Duncan's books. I mainly watched TV and movies, so I was influenced by screenwriters. My snappy dialogue I got from watching a ton of 90s sitcoms like Friends or movies like Addams Family Values and Clueless. TV and movies are all about keeping the plot moving, and that helped me learn how to write a story.

My favorite YA book is THE DUFF by Kody Keplinger. I've pretty much forced all my closest friends to read it. My favorite time to set a book is the fall or during the holidays, that September-December stretch. It's my favorite time of the year!

Just keep writing! Most of your writing time will be spent staring at a screen or cursing yourself for being a crappy writer. That's normal. Nobody writes the perfect first draft. The more you write, the better you'll get.

My public library. It's quiet, and being surrounded by books is inspiring.

My first job out of college was as an NBC page, where I worked behind the scenes at The Tonight Show and gave tours of the studio. 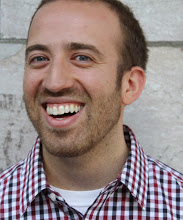