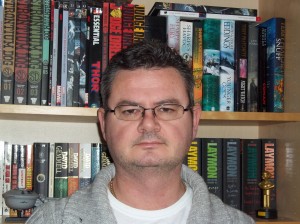 From Amazon.com: Paul Xavier Jones is a Welsh writer living in the Swansea Valley with his wife and two daughters. Xavier is his pen name, based on an old nickname. Paul is and always has been an avid sci fi and fantasy fan, graduating from Marvel and DC comic book superheroes to the realms of Middle Earth and Cimmeria. Authors who have influenced Paul s thinking and writing are Stephen King, Dean Koontz, J. R. Tolkien, Robert E. Howard, Edgar Rice Boroughs, Tom Clancy, Clive Cussler and more recently, Andy McNab. His own work is Epic Fantasy (the Ameca J Chronicles) and the Science Fiction Thriller (Boundary Limit).