Nick Hupton
Author Bio:Nick Hupton received his BA from Gustavus Adolphus College in 1999 and his MA from Hamline University in 2008.  He teaches high school English in Bloomington, MN.  The Ridge, is Nick's second novel.  He lives in Minneapolis with his wife, Tara, and two children.
See the praise for Hupton's first YA novel, If I Know It's Coming:
"How are kids affected when a parent goes off to war?  Especially if it's their mom? IF I KNOW IT'S COMING is a powerful story of a young boy trying to get his adolescent feet on the ground when his mother isn't there to help him and the rest of his family is spinning out of control.  When his mother comes back to the U. S. because she's a war casualty, he heroically sets out to help her.  An endearing story of family and hope."
Mary Logue, DANCING WITH AN ALIEN
"The author does a wonderful job of capturing Tim's ambivalence about his mother's military duty. The other kids think it's cool, and he agrees, but it's almost as though he's ashamed that his life is so different. This is a cool book for kids whose parents are serving or their friends who want to be supportive."
Mary Ann Grossmann
St. Paul Pioneer Press 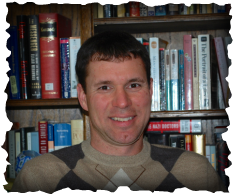