Milissa Nelson grew up in Minnesota and Colorado. A seventh child, Milissa comes from a large family. She has a degree in Music Education from the University of Colorado, where she played the trumpet in The Golden Buffalo Marching Band. She also loves growing flowers, singing, and to run 5Ks. She prefers her vacation time to be spent with family. Her second book, tenatively titled, "Off Track" will be published in 2015.

Writing is something I have always loved to do. I wanted to record some of what it was like to grow-up in a large family and decided to turn what I had written into a fictional story about those times in the 1970s. I brought in a made-up cousin to live with the family, so that I could tell the story more easily. It was a unique time. Everyone had electricity, but no cell phones, computers were not widely used, and only a few television stations were available in the rural areas.

So many people have influenced me. I aspire to be more like my parents. They are courageous, kind, and grateful people. I admire their integrity and perseverance. I am fond of the writing styles of Laura Ingalls Wilder and Lucy Maud Montgomery. Several teachers have also encouraged me in my areas of interest.

I love the Anne of Green Gables series and the Laura Ingalls Wilder books. In the Anne of Green Gables series, I loved the fanciful use of language and the colorful characters. The Laura Ingalls Wilder books allowed me a look back in time. We both spent part of our childhood in the Minnesota countryside, so it was fun to compare and contrast the time periods of our youth.

The best advice I could give someone who is interested in becoming an author would be to persevere and to keep learning. I know so much more about writing now than when I first began, and book two, tentatively titled Off Track, and slated for a 2015 release, was somewhat easier to write than Seasons of Raina .

My favorite places to write used to be a large rock that I sat on near the lake, where I could hear the wind whistling and see the waves crashing around me, or on the deck, where I could look out at the peaceful countryside. Now I write wherever and whenever I can, and I tune-out distractions fairly well. This is one of the advantages of being born a seventh child. I am used to focusing with many distractions. I can also sleep well with lights on or off, and background noise does not really bother me.

As a parent and trained educator, I have purposely written a book that is for all ages. Respectful language is used by the characters, and I have tried to show that I can maintain interest without resorting to shocking vocabulary or behavior. I wanted it to be a book that could be enjoyed by the entire family. 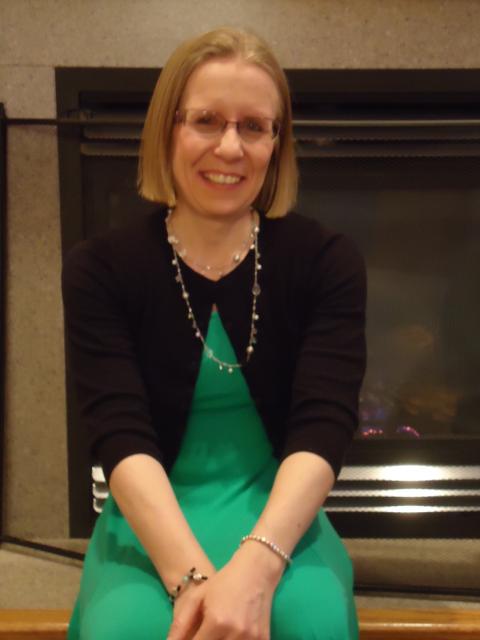